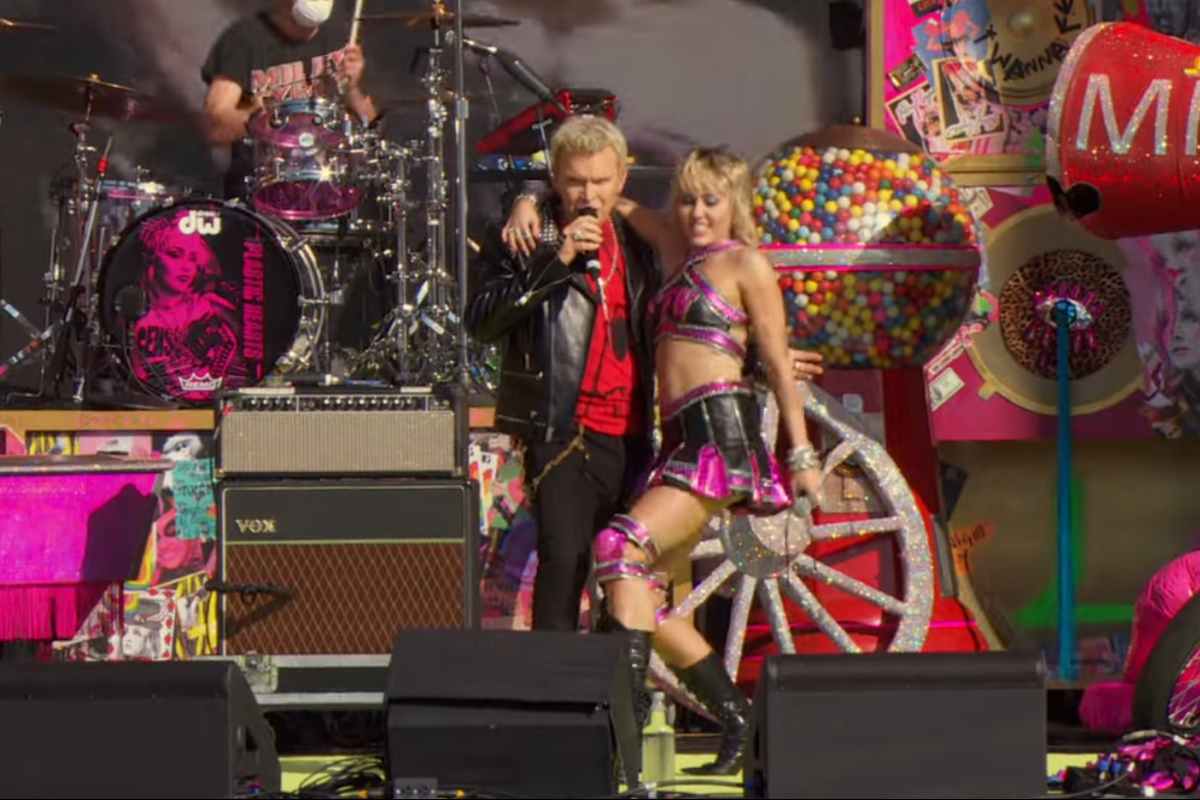 (hennemusic) Billy Idol joined Miley Cyrus for a pair of songs during the pop singer's appearance at a pre-Super Bowl LV event at Raymond James Stadium in Tampa, FL on Sunday.

"Welcome to the TikTok Tailgate everybody," said Cyrus to a crowd of vaccinated frontline workers. "This is my first show in about a year, and I couldn't imagine a better way to do this than in Tampa, surrounded by healthcare heroes. We are so appreciative of you and all your diligence. And for that, we're going to rock hard!"

Cyrus then brought out Idol early in her set to perform their collaboration, "Night Crawling", from the pop singer's "Plastic Hearts" album before delivering an abbreviated version of the rocker's 1982 classic "White Wedding."

Idol currently has a pair of live appearances on his 2021 calendar - a mid-September gig at the Sea.Hear.Now Festival in Asbury Park, NJ and a late October show at The Sands in Playa Mujeres, Mexico. Watch the performance here.