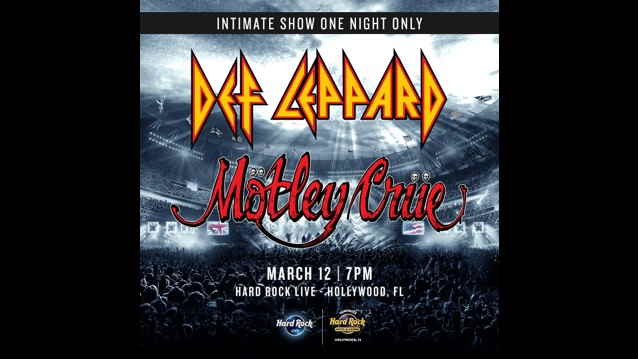 Def Leppard have announced that they will be teaming up with Motley Crue to play a special "intimate show one night only" in March, ahead of the launch of their The World Tour.

The two bands teamed up last summer for a highly successful stadium tour across the US. The new intimate show, joins their previously announced special performances at the Hard Rock Hotel in Atlantic City on February 10th and 11th.