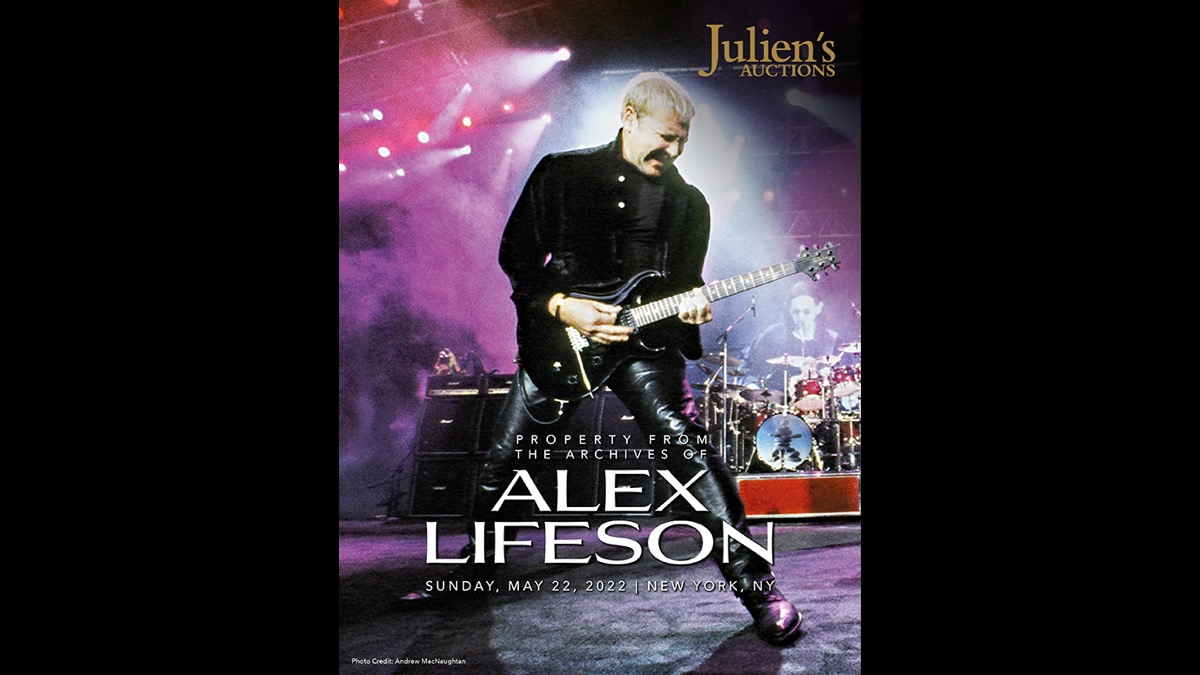 (hennemusic) A collection of Alex Lifeson's vintage guitars and other Rush memorabilia will be auctioned as part of a Music Icons event this May in New York.

Hosted by Julien's Auctions and taking place at the Hard Rock Cafe in Time Square, the three day event - running May 20, 21 and 22 - will include the May 22 auction of "Property From The Archives of Alex Lifeson"; it will feature over 60 vintage guitars and other career memorabilia from the personal collection of the legendary Rush rocker.

More than 100 lots featuring signature guitars, instruments, wardrobe, gear and memorabilia owned and used by Lifeson will be offered to the public for the first time.

Highlights from the collection include: A 1976 custom-built Gibson ES-355TD, aka "Whitey, played by Lifeson throughout most of his career with Rush. "Whitey" is featured on all albums from "A Farewell to Kings" to "Test for Echo," and can be seen played by Lifeson on stage during all Rush tours from 1977 to 2015 as well as in many of the band's music videos. This splendid guitar was part of Rush's most explosive era of creativity.

Alex Lifeson: "I purchased this guitar in 1976, it was custom-built in Kalamazoo just for me. It has been my main guitar and is the iconic Alex Lifeson guitar."

* A 1970 Gibson Les Paul acquired by Lifeson during Rush's inaugural tour and played extensively on all Rush albums and tours from "Fly By Night" and "2112" to "Hemispheres." See more items here.