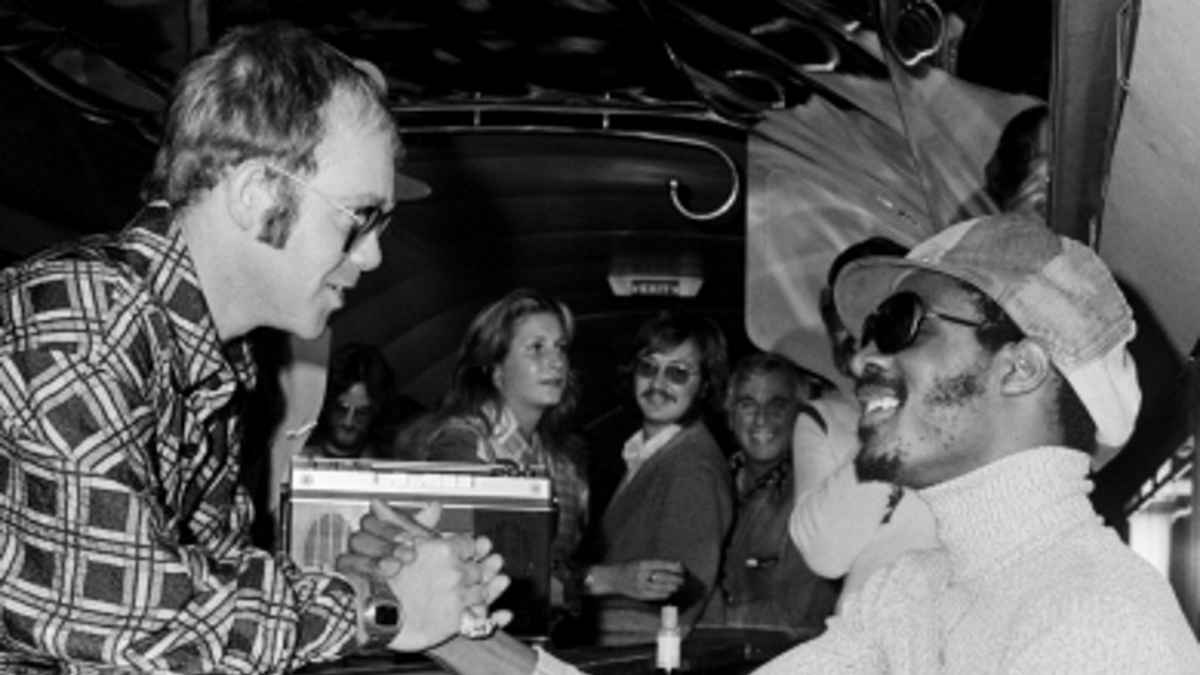 (Interscope) Elton John has released a music video for his Stevie Wonder collaboration, "Finish Line". The track comes from Elton's "The Lockdown Sessions" album. We were sent the following details:

Collaborating with music icon Stevie Wonder, the track is visualized by director Zach Sekuler through a montage of video footage and images varying through the decades depicting pivotal moments of life.

Rising with birth, to a baby's first steps, marriage, to the solace of retirement. Heart-rendering clips take centre stage through the destruction of COVID in everyday settings and the heroic work of front-line workers across the world. Whilst glimmers of Stevie Wonder and Elton John's life-long companion and showmanship filter throughout, order begins to restore, as clips of a somewhat post-pandemic normality emerges.