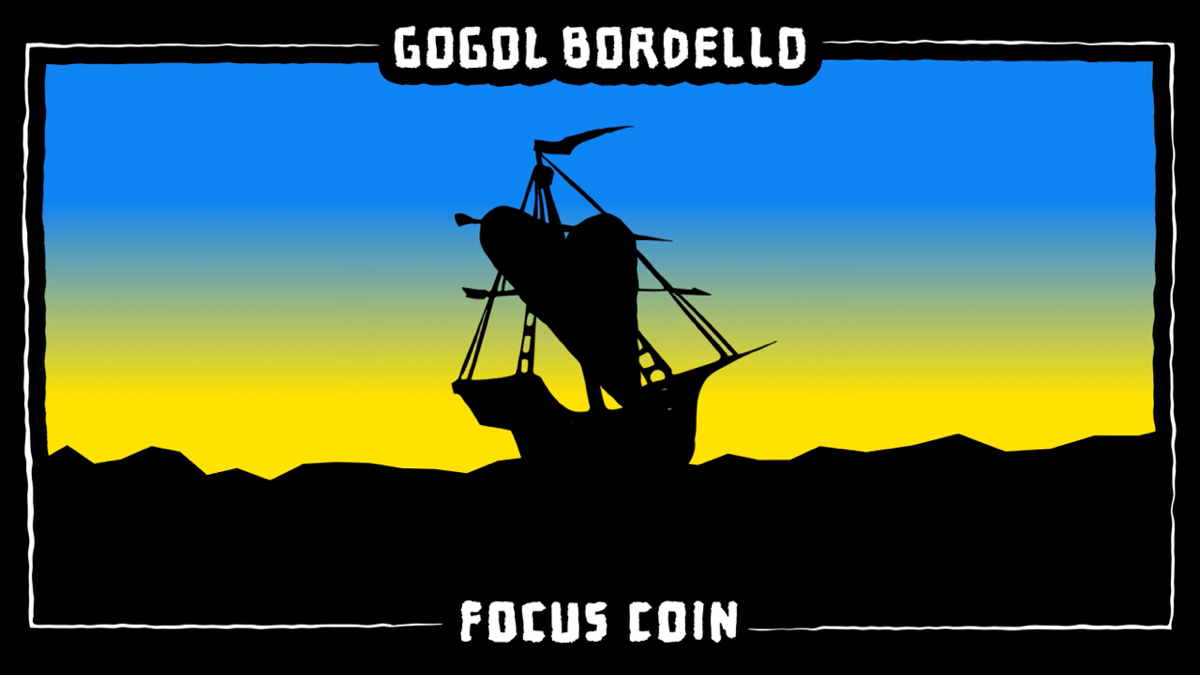 Gogol Bordello have shared a new single called "Focus Coin", to celebrating the announcement of their new studio album, "Solidaritine," which will arrive on September 16th.

Solidaritine was produced by hardcore legend Walter Schreifels (Gorilla Biscuits, Youth Of Today, Quicksand, Rival Schools) Frontman Eugene Hutz had this to say about the record, "This is music of survival and perseverance. That's always been our main driving force. We just want to give the world a timeless album with messages of human potential and power."

He added, "Our music was always about perseverance. Rock 'n' roll comes out of a real place. Take a group of people who have endured immigrant traumas and dislocation. They create music, get successful together, become more baroque and experimental, and experience some years of relative calm. All of a sudden, humankind encounters these problems like the pandemic and the war. This is when rock 'n' roll is the most necessary and where we perform the best." Stream the song below: