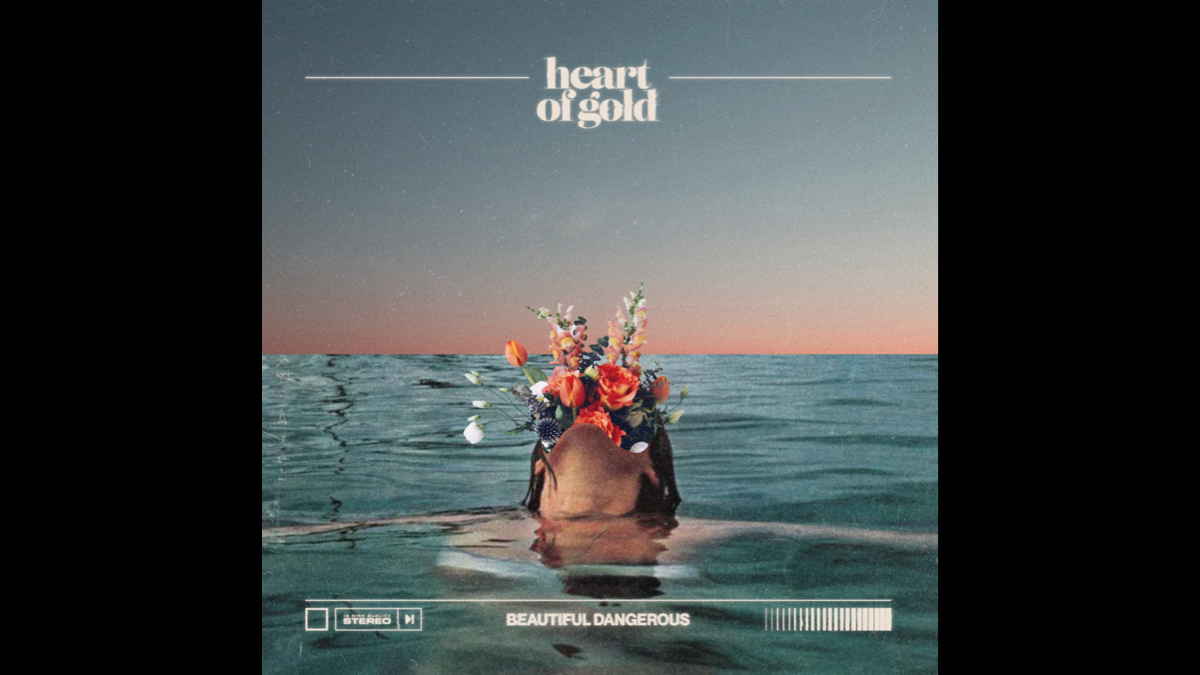 Heart Of Gold have shared a visualizer video for their track "September Sunburn", to celebrate the release of their new album, "Beautiful Dangerous".

Vocalist Michael McGough shared, "There's an irony to this song. September, technically being the end of Summer, yet still getting burnt. It's a subtle demonstration of residual pain and aching long after the cause has disappeared; you still feel it as fresh as it was when it started. The irony, though lightly brushed with a sense of narcissism, is that you slowly begin to enjoy it."

According to the announcement, the release of Beautiful Dangerous coincides with McGough's birthday - something that has been on the forefront of his mind since the conception of the album. "August 12th 2022 will be a forgotten birthday but a day of nervous celebration; anticipating a reaction from people I've never met in my entire life, and possibly will never be in the same room as," he shares. "But despite scaring me half to death, I've also romanticized this moment for those 2 and half years, and fallen in love with the idea that people finally get to hear my own stories.

"The past 2 and a bit years have led to this; enduring countless cancellations of opportunity in the form of tour offers I could have only dreamt up," McGough says on the new album. "Living within a world of restrictions, mandates, delays, 'not todays' and 'maybe next years'.. All the while, focusing on being able to finally, with my entire self submerged in anticipation, release a debut body of work that is a clear phonic display of my wandering mind, poured out onto countless pages of notebooks I've collected over the years. Some would live on the shelf for months untouched, only to be re-looked at with a new sense of that wonder. I think I've felt this way before. The words, sentences and paragraphs I've now bundled together at some point made me feel compelled enough to put them there in the first place."

"Beautiful Dangerous was a title that was scrawled across several of those pages, almost always written as they are now. It was how I began looking at life and the way of living it; beautifully and dangerously. Enjoy it, and let it terrify me." Watch the visualizer below:

Heart Of Gold Share 'Leave Just Yet' And Announce Album

Heart Of Gold Music and Merch