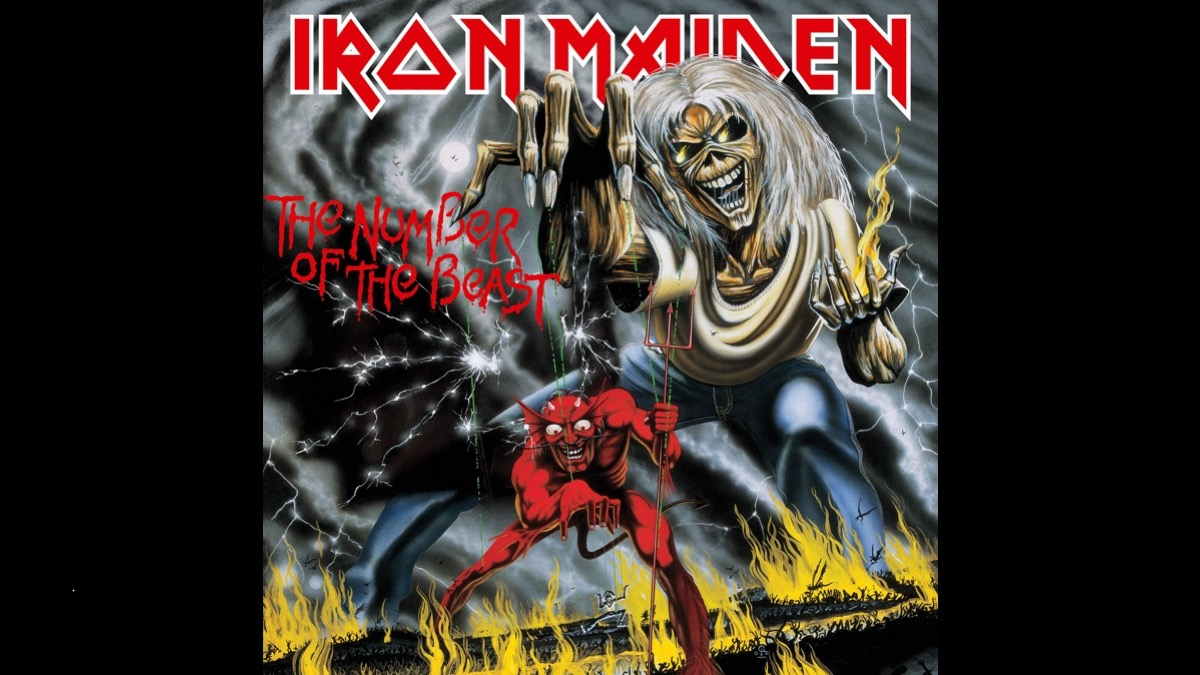 Number of the Beast album art

(hennemusic) Iron Maiden will mark the 40th anniversary of their classic 1982 album, "The Number Of The Beast", with the November 18 release of an expanded triple vinyl reissue.

The UK band's third studio set marked their first with former Samson singer Bruce Dickinson, who joined the lineup after the 1981 firing of frontman Paul Di'Anno. "The Number Of The Beast" delivered Iron Maiden their commercial breakthrough, earning gold and platinum records in multiple countries and the band's first UK No. 1 album; the singles "Run To The Hills" and the title track led to international airplay at a time when the newly-launched MTV provided an outlet for the group's iconic heavy metal imagery in a series of music videos to promote the album.

The 40th anniversary reissue features a slight change in the track listing from its original release, replacing "Gangland" with "Total Eclipse." "On this vinyl release we get the chance to put 'Total Eclipse' in its rightful spot on the album for the first time," says Steve Harris. "The reason it didn't make it in the first place was that it was all a mad rush when we were finishing the record and we had to get the 'Run to the Hills' single out before the tour and we basically had to pick a B-side, and it was between 'Gangland' and 'Total Eclipse' and we just picked the wrong one, really! I think 'Total Eclipse' is a stronger song and the album would have been stronger if it had been on there."

Included in the new package is "Beast Over Hammersmith" - available now officially for the very first time on vinyl - featuring the live concert from March 1982's now legendary Hammersmith Odeon London show from the Beast On The Road World Tour. Recorded only days before the release of "The Number Of The Beast" album, it gave fans a chance to hear the new material for the very first time.

Read more and watch the video trailer for the new package here.