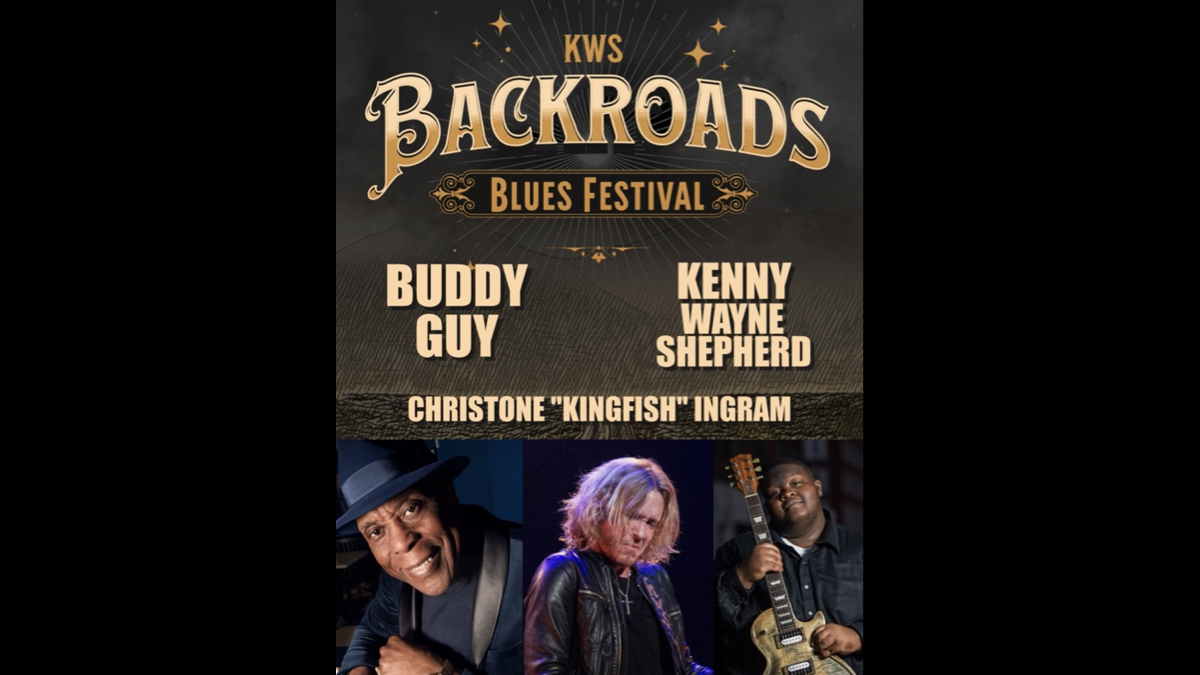 Kenny Wayne Shepherd has announced the inaugural run of his Backroads Blues Festival Tour for which he serves as both curator and featured performer.

Shepherd had this to say, "These days nobody mounts a traditional touring blues festival. I conceptualized one that will give people a chance to see the best of the best all in one place. We are extremely excited that Buddy Guy will be with us for each show. He is, after all, the living king of the blues these days. Also worthy of great respect is Christone 'Kingfish' Ingram who is revitalizing the blues in a potent and powerful way.

"In the past, I really looked forward to those blues packages both as a fan and as an artist, so I decided to bring the concept back with the Backroads Blues Festival tour."

Buddy Guy added, "I'm excited to be part of the first annual Backroads Blues Festival and back out with Kenny Wayne and looking forward to jamming with Kenny and Kingfish." The Blues Is Alive and Well, Buddy Guy's most recent album release, won a GRAMMY, his eighth, for Best Traditional Blues Album and includes guests Keith Richards, Jeff Beck and Mick Jagger. Currently offered as part of PBS American Masters is Buddy Guy: The Blues Chase the Blues, a feature documentary about the life of the Kennedy Center honoree and Rock and Roll Hall of Fame inductee that includes footage of Muddy Waters, Lightnin' Hopkins, John Mayer, Carlos Santana, Gary Clark, Jr., the Rolling Stones and President Obama as well as Backwoods Blues Festival's very own Christone "Kingfish" Ingram.

Shepherd noted that while this year's festival line-up consists of electric bands, "It's possible we could do an all-acoustic show; we want to be as inclusive as possible.

Christone 'Kingfish' Ingram shared, "To be back touring again is really great and the opportunity to join Mr. Guy and Mr. Shepherd on stage will be electric. These tour dates will be lots of fun