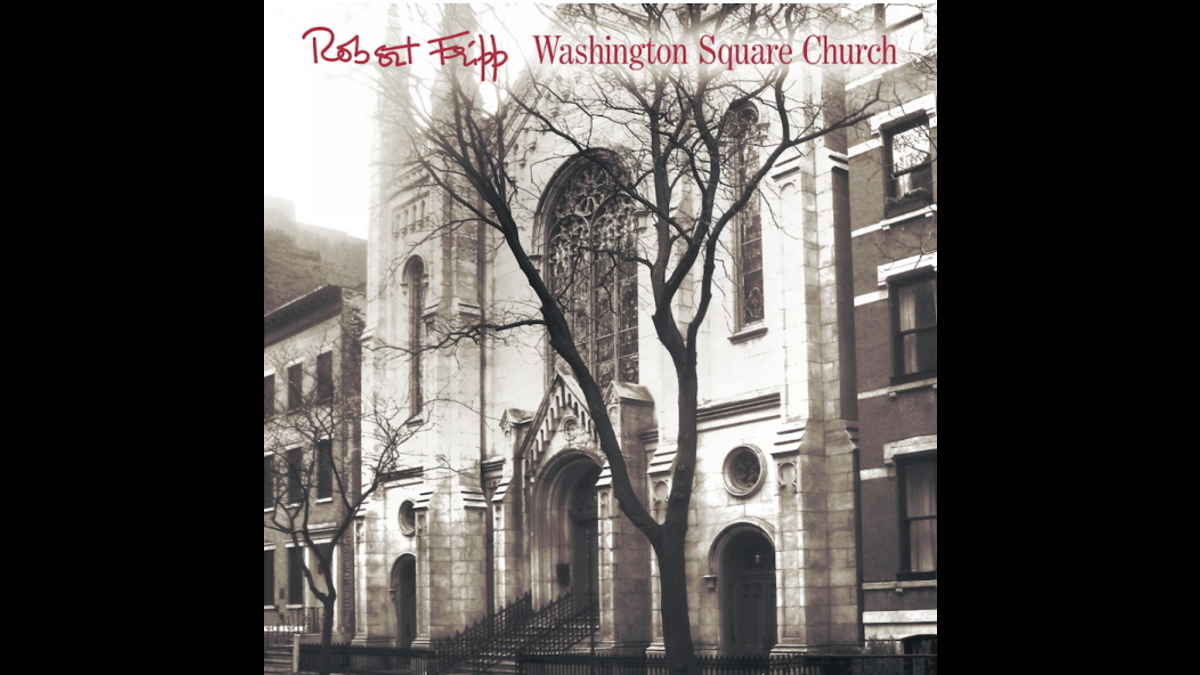 (Glass Onyon) Robert Fripp's "Washington Square Church" is set to be released on CD/DVD on April 29th. The DVD features the material in 24/48 hi-res stereo and DTS-HD Surround Sound (Quad 4.1) and a 2LP edition will be presented on 200 gram vinyl and has been cut by Jason Mitchel at LOUD Mastering.

A new set of Frippertronics from 1981 will be released in CD/DVD and 2LP format in April 2022. These live Frippertronics performances have been taken from recordings in New York City between July and August 1981 and have been mixed and produced by David Singleton from audio painstakingly restored by Alex R Mundy.

This is the Frippertronics album that should have come out in 1982. The forty years that have passed have done nothing to diminish the power of the music. The material appears on both discs with the DVD offering the audio in hi-res stereo and DTS Surround Sound, the nature of the loops lending themselves ideally to this method of production

After completing the first round of concerts with a revived King Crimson starting in May 1981, Fripp headed over to the USA where he began a week-long residency at Washington Square United Methodist Church on 135 W Fourth Street in New York. Built in 1860, the church had historically been home to many congregations but in more recent years had become the venue for groups such as the Black Panthers, Gay Men's Health Crisis and numerous arts organisations.

The series of Frippertronic concerts were held in aid of a Soho-based theatre group and they find the guitarist using his technique of slowly building the music from the ground up, step by step. It's an approach which demonstrates how the addition or subtraction of a single note can change the entire mood of a piece as we move in the space of a few bars from an atmosphere of pensive anticipation to one of yearning hope.

In an interview with the Melody Maker published just weeks before these concerts, Fripp was asked why he continued to perform Frippertronic concerts. "It gives me a way of working with intimate contact with members of an audience...It's almost an excuse to put me in a situation where one has the audience, performer and music, and in a certain kind of way something remarkable can happen. And that has happened to me, and it's not possible in a group...Frippertronics is the most enjoyable means of playing I've ever found."

The Washington Square Church performances represent some of the finest recorded examples of the Frippertronics series. Unlike other such recordings where the loops are on tape in the DGM archive but the solos require painstaking matching of existing audience recordings and bootlegs to those loops to complete the picture, the solos for these shows were actually recorded but not labelled as to which solos matched which loops. The matched pairs only became possible when DGM audio engineer Alex R. Mundy realised that the loops had been picked up, at microscopic audio levels, by the guitar pick-ups playing the solos, allowing for identification. David Singleton was then able to mix and produce the resulting audio.

The music played more than rewards such efforts as, culled from the shows, (more complete versions appear on the "Exposures" boxed set), Fripp appears to explore every sonic avenue available to him as a guitar player - mesmerising loops, overlaid with beautiful solos, fast running 'Frame by Frame' style lines against a looped background, powerful "Scary Monsters" type guitar noises and more besides.