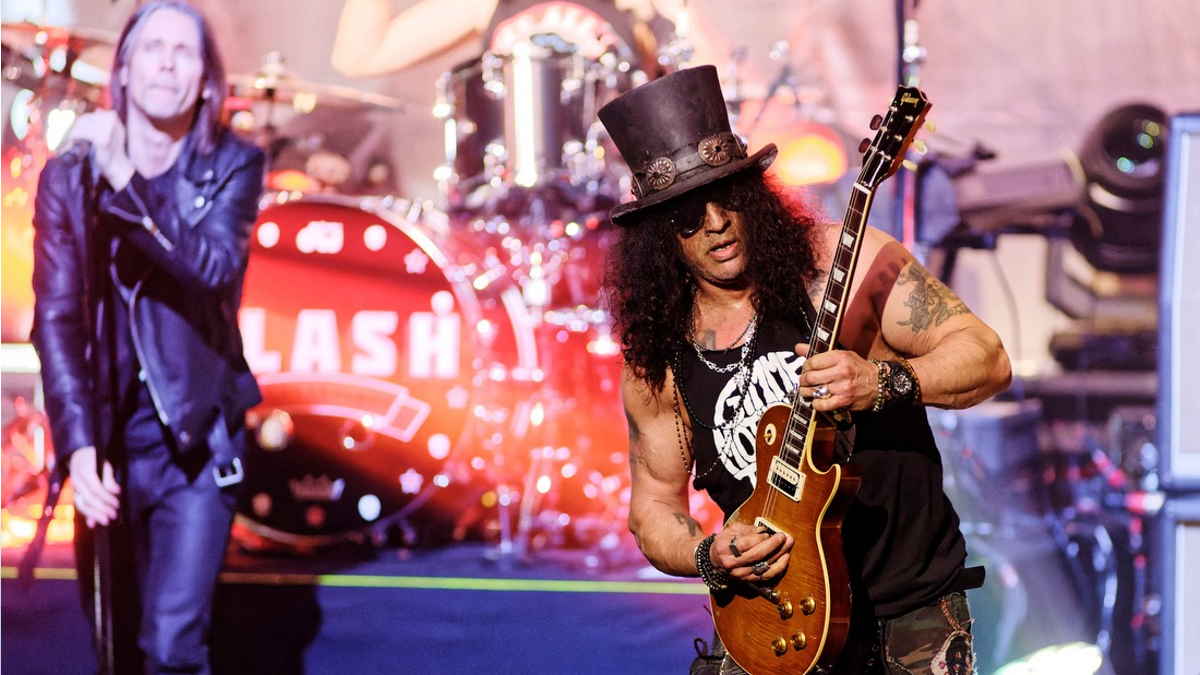 Fans can watch "Slash Ft. Myles Kennedy & The Conspirators - Live From Boston" on the big screen via Apple TV and Roku, as well as on iOS and Android.

The show will be available for viewing for 48 hours after the event airs, and anyone who purchases a ticket to the livestream will receive a discount code on select SLASH merch items, as well as a free signed lithograph with merch purchase (while supplies last).

"Slash Ft. Myles Kennedy & The Conspirators-Live From Boston," was shot on location last month during the group's sold out House of Blues show. Tickets for the full production, multi-camera, streaming concert event are available via Veeps