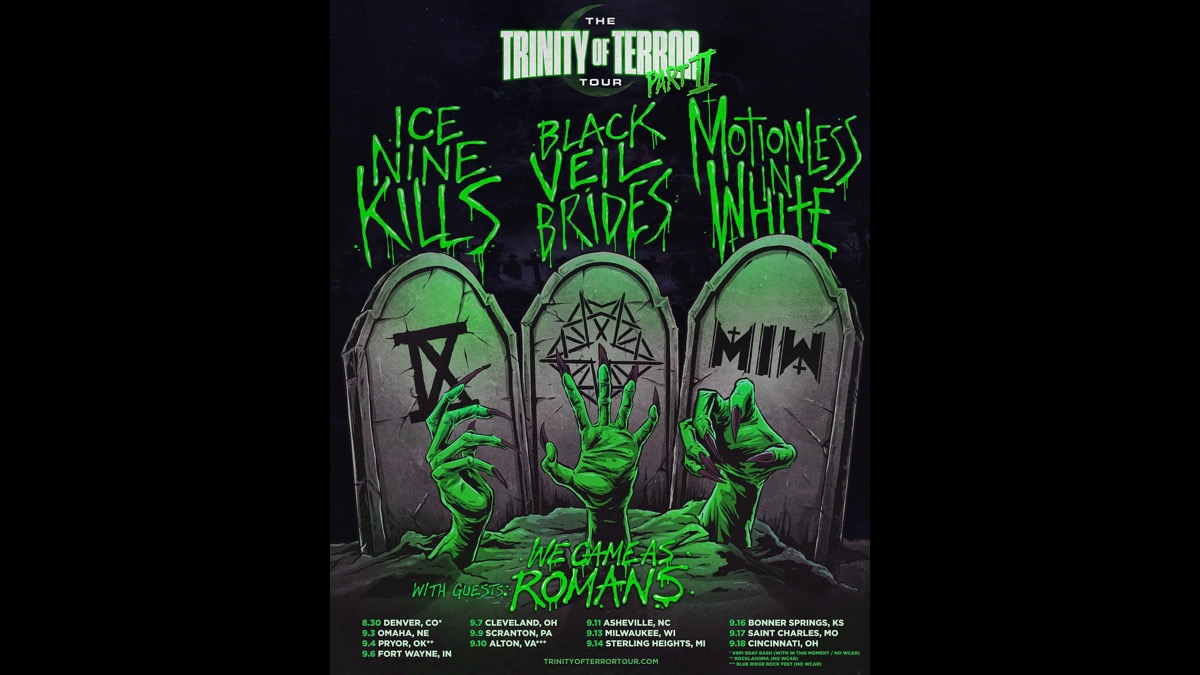 We Came As Romans have announced that they have been added to fall leg of the Trinity Of Terror Tour, the trek featuring Ice Nine Kills, Black Veil Brides and Motionless In White as triple headliners.

The leg was originally set to include Crown The Empire as support but it appears that We Came As Romans will now be handling the opening slot, as they revealed on social media on Wednesday (August 10th).

The We Came As Romans post included a new tour poster with them listed (see above) as well as the message, "See you next month on the Trinity of Terror Tour Pt. 2 with Ice Nine Kills, Black Veil Brides & Motionless In White."

The tour leg will be kicking off on September 3rd at Omaha's Liberty First Credit Union Arena and will conclude the tour at Cincinnati's ICON at The Andrew J Brady Music Center September 18th.

A third leg of the tour, featuring support from Atreyu, was announced last week and will launch on Halloween (October 31st) at El Paso County Coliseum in El Paso, TX, with additional dates still to be announced.

All legs of the tour will see Nine Kills, Black Veil Brides, and Motionless In White alternating the headline spot. See the dates below: