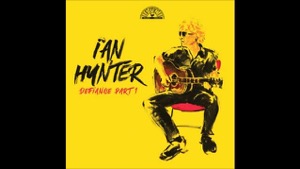 Ian Hunter has recruited a who's who of iconic rock stars for his brand new studio album, "Defiance Part 1", which will be released on Friday, April 21, 2023.

Fran DeFeo PR sent over these details: Defiance Part 1 is heralded by the premiere of the nostalgic first single, "Bed Of Roses," featuring guitarist Mike Campbell (Tom Petty and the Heartbreakers, Fleetwood Mac) and drums by Ringo Starr, available at all DSPs and streaming services. 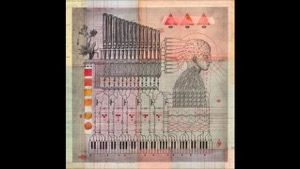 Puscifer have premiered a Billy Howerdel created "A Singularity" video, the first in a series of "A Singularity (Re-imagined by Carina Round)" videos, crafted by friends, and family. 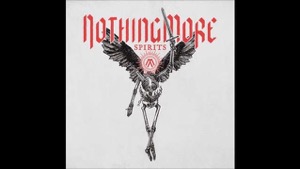 Nothing More Share 'The Other F Word' Lyric Video

Nothing More have shared the lyric video for their brand new single "The Other F Word", the latest track from their acclaimed 2022 studio album, "Spirits".

According to SRO, "The Other F Word", lyric video follows a series of lyric video releases tied to the "Spirit Type" result one gets after taking the band's meta-personality "Spirits Test." (continue) 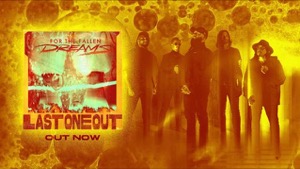 For The Fallen Dreams have announced their brand new self-titled studio album with the released a music video for their new single "Last One Out."

Atom Splitter sent over these details: Their upcoming album For The Fallen Dreams will be out on March 10 via Arising Empire and will be available as a CD and limited colored vinyl, together with merch/bundle options. (continue) 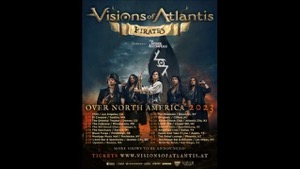 Visions Of Atlantis will at long last return to North America for their first-ever headlining tour in the US! The band kicked off 2023 with a music video for their single "Clocks" off the newest full-length 'Pirates', and now they are more than ready to bring their unique brand of swashbuckling performances to the states and Canada on the Pirates Over North America tour.

Speaking about these upcoming shows, vocalist Clementine Delauney states: "This will be our very first headlining tour in North America and we are extremely excited to return to these wild waters! We got to discover how passionate these Sailors are and we are impatient to share a more intense pirate experience with them!" (continue) 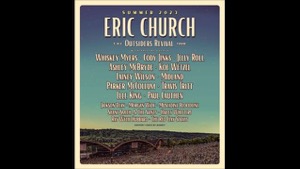 Eric Church has added eight new shows to his The Outsiders Revival Tour of North America this summer that will feature a variety of special guests.

In addition to the originally announced slate of 27 dates, Eric Church will also bring the outdoor experience - his first open-air trek in more than a decade - to newly added dates in Charleston, Toronto, Rogers, Orange Beach, Saratoga Springs, George, Atlanta and Charlotte. 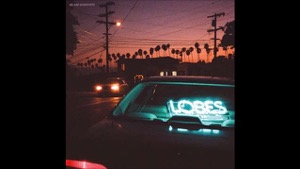 We Are Scientists 'Turn It Up' With New Video

We Are Scientists have released a music video for their new single "Turn It Up", to celebrate the arrival of their brand new studio album, "Lobes".

Vocalist Keith Murray said of the new song, "We've always been a band hell-bent on delivering a good time, but even by our high standards, 'Turn It Up' is almost ludicrously bent on maximizing pleasure.

"A funky bass-line, a pumping dance beat, a synth part that puts a smirk on my face, even now - these aptly provide the musical bed for a song that espouses stripping the governor off of life's throttle (I've been led by Hollywood to believe that's a thing that speed-thirsty car enthusiasts do to their cars and also, by extension, lives).

"Sure, the verse lyrics temper the whole thing with just the slightest bit of wariness over the sustainability of an endless pursuit of overindulgence but come on: the song is only four minutes long. You can go ahead and be sensible while listening to everyone else's music." (continue) 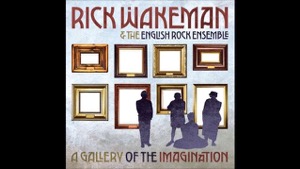 Keyboard legend Rick Wakeman has released a new single called "The Dinner Party", which comes from his forthcoming concept album "A Gallery Of The Imagination" that will arrive on February 24, 2023 on Madfish Music.

Glass Onyon shared the following details: The initial idea for "A Gallery Of The Imagination" stems from Rick's first piano teacher, Mrs Symes, with whom he studied from the age five until his time at the Royal College of Music. She taught him that music was like painting pictures: that when you play, you are painting pictures through music, an important lesson that Rick never forgot.

Having written a vast array of new music recently, all of different styles, Rick recalled the advice of his beloved teacher and decided to present the tracks for the new album as if they were pictures in a gallery. Just as there are many different styles in an art gallery, so there are many different musical styles on "A Gallery of the Imagination". It contains many clear prog influences, especially in the Moog solos and there are also two solo piano numbers, which reflect Rick's classical roots and show influences from the Romantic period. Equally important is the strong song and melodic influence on "A Gallery Of The Imagination" with eight unconventional vocal tracks, with Rick's distinctive descriptive music carefully arranged around the lyrics. (continue)