Foo Fighters Perform On The Late Show With Stephen Colbert 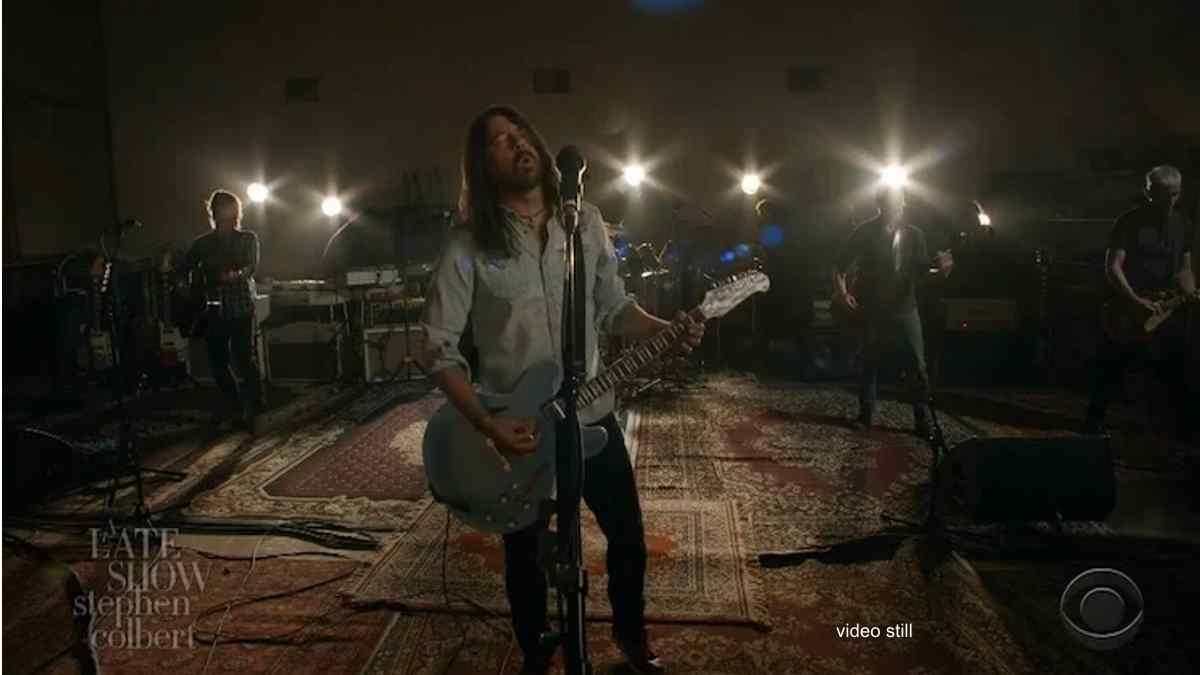 (hennemusic) The Foo Fighters performed their new single, "Shame Shame", on the November 19th episode of CBS-TV's The Late Show with Stephen Colbert and video from the appearance has been shared online.

The group delivered the song via video from their headquarters in California, while frontman Dave Grohl also chatted with the host about the band's 2020, which included an aborted 25th anniversary world tour and the rocker's own virtual "drum battle" with British youngster Nandi Bushell.

The recently-released "Shame Shame" is the lead single from the Foos' forthcoming album, "Medicine At Midnight." Due February 5, 2021, the Foo Fighters co-produced their 10th studio record with Greg Kurstin. Watch the interview and performance here.