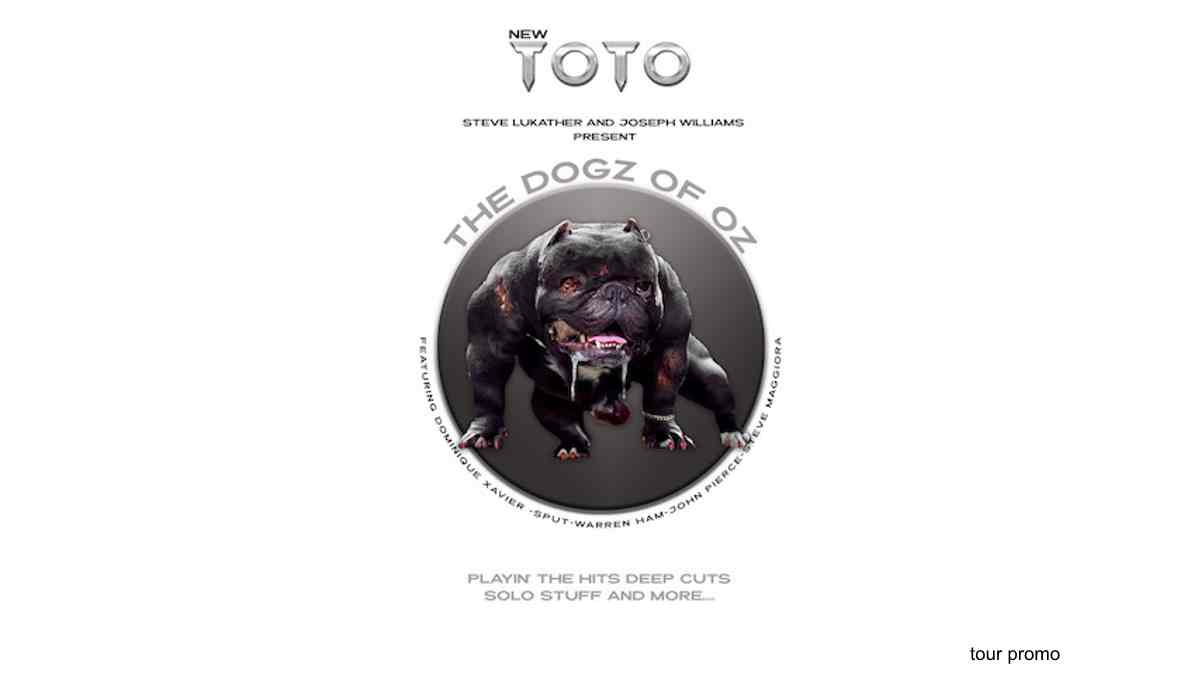 Toto's Steve Lukather and Joseph Williams have announced the new band lineup , which will be making it global debut during a special one-night only concert livestream on November 21st.

The new lineup will debut with the special livestream which will be followed with Dogz of Oz tour dates across the globe including North America, Europe, Asia, Australia / New Zealand and more.

Lukather had this to say, "We could not be more at peace with this move. There is a refreshing, optimistic enthusiasm to step in to the future. At this moment, Joe and I are the only long-tenured members of the band that want to be on the road continuing to bring music to our multi-generational fan base. I've spent almost four and a half decades of my life as the only original member who never missed a show or an album nurturing this legacy while enabling the music to continually exist in the live concert setting.

"That is something I'll never stop doing, and the Dogz of Oz global tour offers a rare opportunity to reimagine our personal futures while simultaneously preserving the deep connection that exists with the audience while likewise yielding continual discovery. The hope is to move forward with the planned itinerary for Summer, 2021 that will bring us back to our fans across The World."

Williams had this, "Luke and I have been through a lot with one another. He's like a brother to me. Our creative partnership has always enriched our lives. As we look towards what's to come in unison, there is nothing but anticipation to bring everything in our minds to life. I can't think of anyone else on Earth I'd rather launch the next chapter with this lifelong, loyal and gifted friend and band mate. We're the last men standing...The Dogz of Oz!"

Lukather added, "Joe and I have been friends since I was 17, and Joe was 14. During the course of this pandemic we've been reevaluating our career and how to move forward.

"People are either not with us anymore or have retired. We still feel like kids who want to be back on the road as soon as possible. It's where we live. Joe's growth as a producer, songwriter, engineer, singer and performer is inspiring.

"The timing of this move is perfect as Joe is at the top of his game, and he amazes me every day. We are enjoying this collaboration, and could not be more enthusiastic about the future."

Fans can find ticket information and more details about the livestream here.

Toto Including Unrelease Material In 'All In' Box Set

Toto Answering Weezer Back With Release Of Hash Pipe Cover