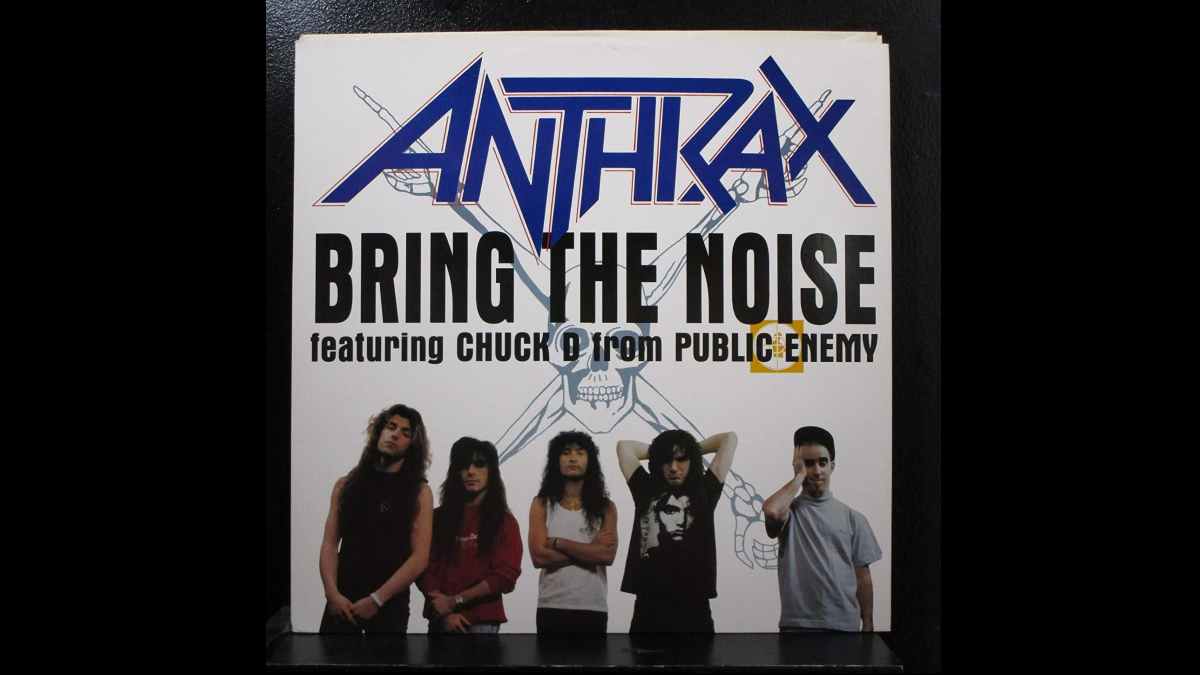 Anthrax were one of the first bands to mix rap and metal/rock, first with their rap song "I'm The Man", then with their collaboration with Public Enemy, "Bring The Noise".

Drummer Charlie Benante revealed in a new interview that he is working on a new song with Public Enemy's Chuck D. He was asked by the Metal Voice if he would consider every doing another form of rap on a future Anthrax album.

He responded, "Absolutely as a matter of fact I'm working with D right now on a song that is coming out pretty awesome, but I won't discuss it now (laughs).

"We have always been open to something else, but we always said if we couldn't top the 'Bring the Noise' thing then we didn't want to do it. " Watch the full interview below:

Anthrax 'Among The Living' Members Part Of Graphic Novel