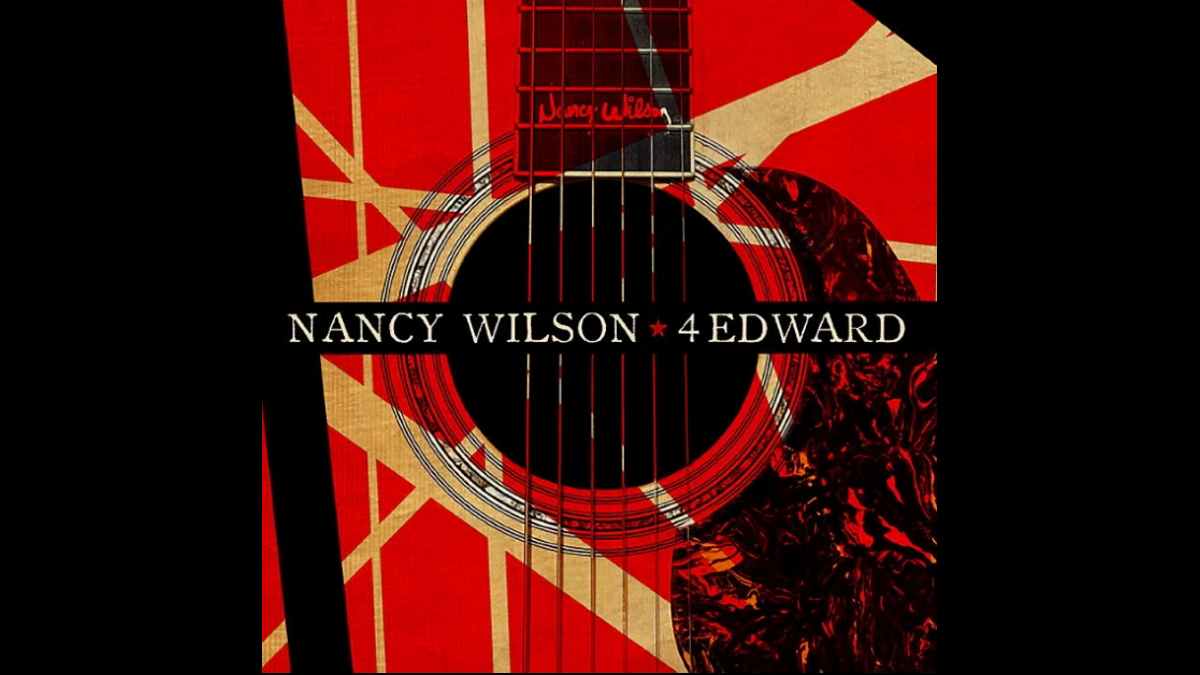 Heart guitarist Nancy Wilson is streaming her tribute to late guitar legend Eddie Van Halen. The song, entitled "4 Edward", comes from her debut solo album, which will be hitting stores on May 7th.

Nancy has previous shared the story with Australian Musician of how she gave Eddie his very first acoustic guitar and how that ties om to her new tribute to Van Halen.

She reflected, "One time Eddie said to me, and I love to tell this story, 'I love the way you play that acoustic guitar'. And I go, 'Well, thanks. Coming from you, that's everything. Why don't you ever play acoustic guitar?' And he said, 'Well, I don't really have an acoustic guitar.' And I was, like, 'Well, you sure do now, because I'm giving you one right now.'

"But he played to me over the phone this really beautiful piece of acoustic music, an instrumental, that had elements of classical and then some really rock stuff in the middle, and then another beautiful melodic flourish at the end.

"So, I got to be the one who gave Eddie his first acoustic. And somewhere there's gotta be that song somewhere recorded; it'll probably turn up.

"So what I did is, for him, I wanted to return the favor of something that was so unforgettable, just over a hotel phone, that he played for me. So [4 Edward] like about a minute and a half, and it starts out very sort of classically oriented, and it goes into a rock thing. So the shape is very similar to what I vaguely recall, what he [played] for me. And I'm really proud of it, and I'm proud of the whole thing." Stream "4 Edward" below: