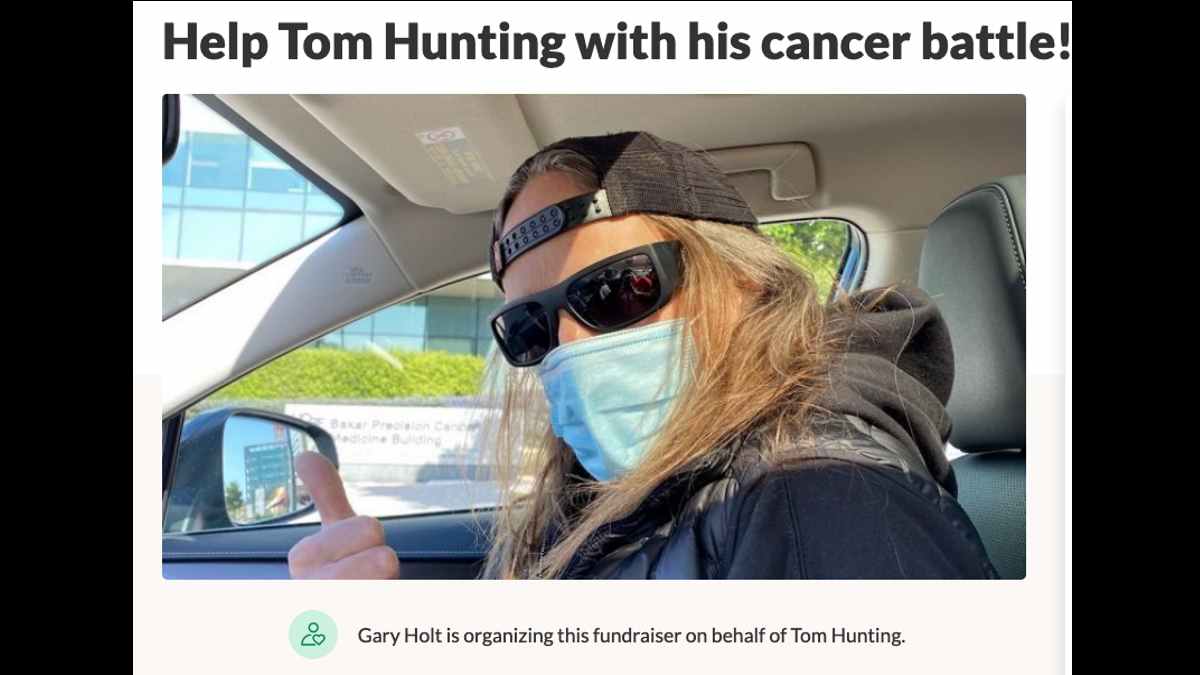 Exodus guitarist Gary Holt has launched a GoFundMe campaign to help raise funds for his bandmate Tom Hunting as he battles cancer (squamous cell carcinoma of the stomach.)

Holt launched the "Help Tom Hunting with his cancer battle!" campaign on Tuesday and within a day it has raised over $14,000 towards to the goal of #20,000.

Gary said on the campaign page, "During this pandemic Tom, like many of us, works to keep himself going while we await the return of touring, but he is unable to do so while undergoing chemo and more to get past this and back behind his drums with his brothers in Exodus.

"Whatever someone can afford to give will go miles to helping Tom continue his fight without the worry of the mounting medical bills and bills to maintain a roof over his head. Thanks for all your help and support." Visit the page here.