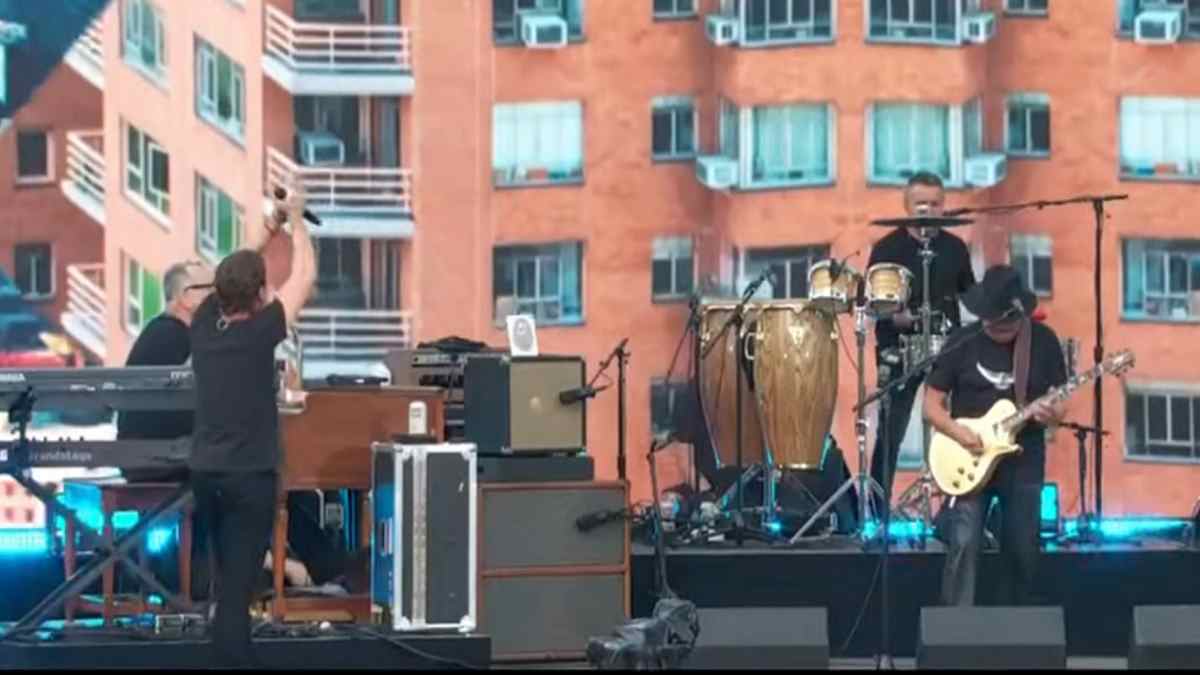 (hennemusic) Rob Thomas reunited with Carlos Santana at the August 21 “We Love NYC: The Homecoming Concert" in New York’s Central Park. The Matchbox Twenty singer joined the Santana for “Move” – the lead single from the guitarist’s newly-announced forthcoming album, “Blessings And Miracles” – before delivering the pair’s 1999 smash hit, “Smooth.”

Prior to Thomas’s arrival at center stage, Santana was joined by Wyclef Jean for the “Supernatural” track, “Maria, Maria.” The event to celebrate New York City’s re-opening and comeback followed more than a year of pandemic-related closures; the concert was shut down after only a few hours due to severe weather ahead of Hurricane Henri’s anticipated landfall the next day.

Due October 15, “Blessings And Miracles” will sees Santana joined by a variety of artists, including Kirk Hammett of Metallica, Steve Winwood, Corey Glover, and Chris Stapleton, among others.

This week, Santana will resume his residency at the House of Blues Las Vegas at Mandalay Bay Resort and Casino, before launching the Blessings And Miracles US tour in Atlantic City, NJ on September 11. Watch video of the performance here.

Santana In The Studio For 'Abraxas' Anniversary