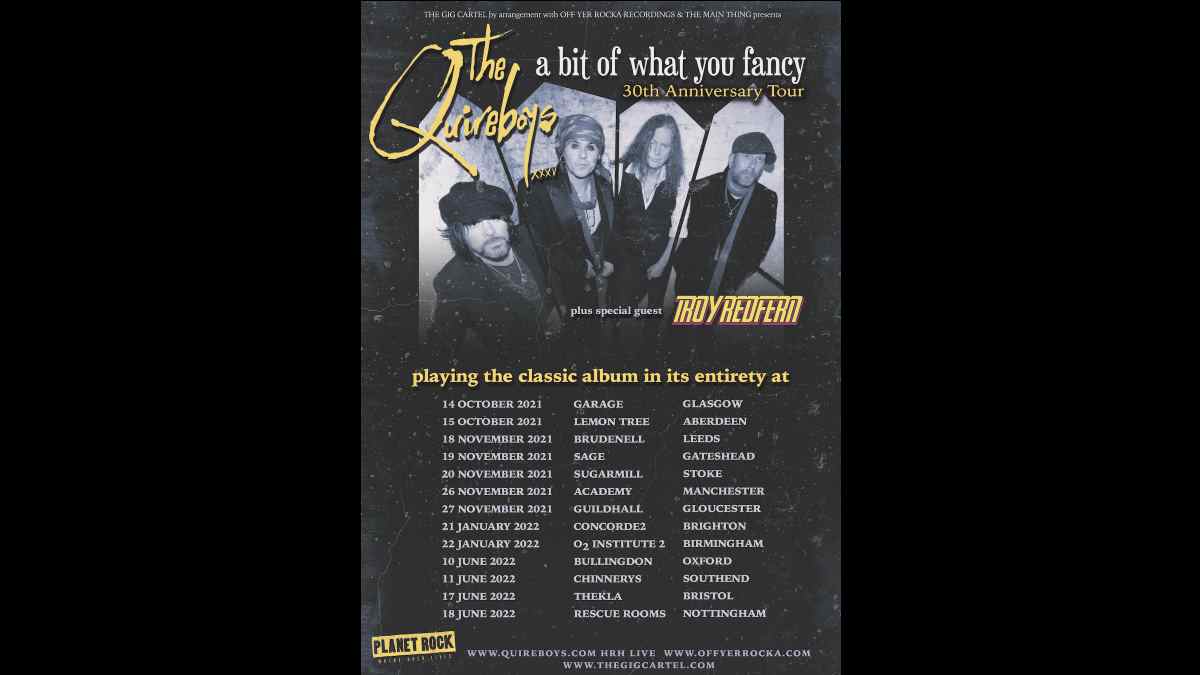 The Quireboys have announced that they have rescheduled four dates of their "A Bit Of What You Fancy" 30th Anniversary Tour to June of 2022.

The new dates include Oxford Bullingdon (June 10), Southend Chinnerys (June 11), Bristol Thekla (June 17), and Nottingham Rescue Rooms (June 18). All tickets for the originally scheduled dates remain valid for the 2022 shows. The band has recruited Troy Redfern to support them on the trek.

To further celebrate the 30th anniversary of their "A Bit Of What You Fancy" debut album, the band also recently released a re-recorded the record with an updated sound.

Frontman Spike explains, "A Bit of What You Fancy is where it all began for the Quireboys. It was an incredible album that launched our career. However, the way we sound and play now doesn't do it justice.

"Henceforth, it has been a pleasure updating it to our modern-day gypsy rock and roll sound. I'm sure everyone will enjoy this new version in all its glory, marking its 30th Anniversary." See the tour dates below: