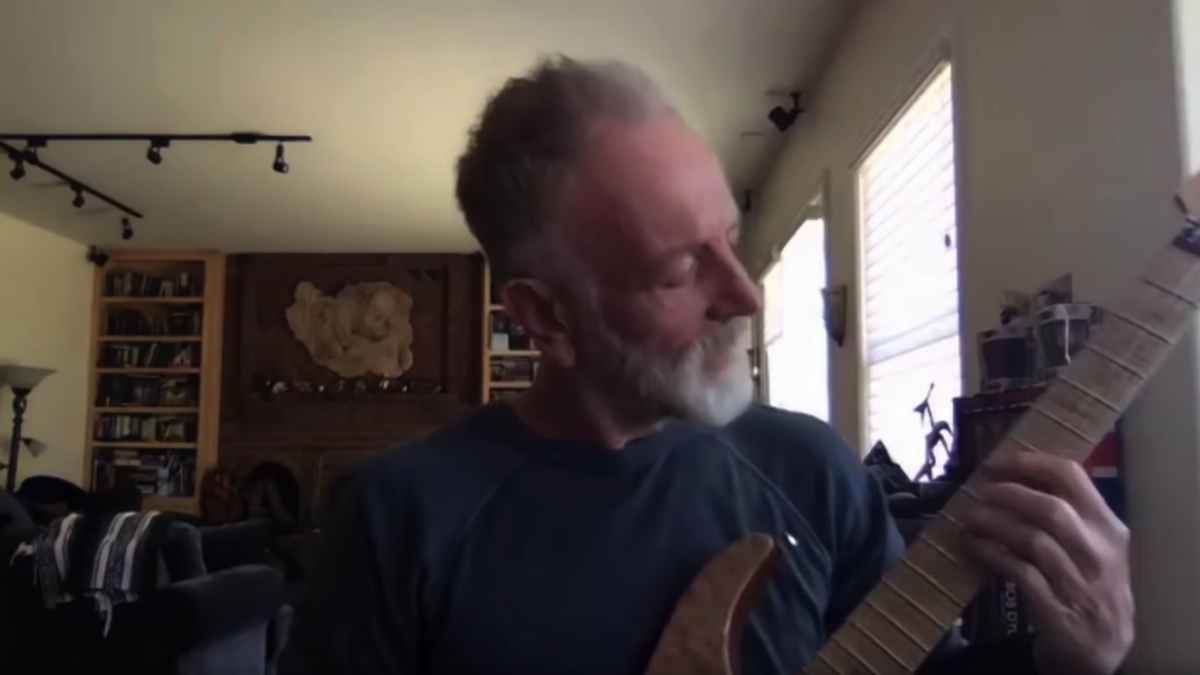 Video still from the interview

Def Leppard guitarist Phil Collen says that he and frontman Joe Elliott have been writing "really killer" music and he is hoping that the rescheduled Stadium Tour with Motley Crue and Poison will go ahead as planned.

Collen sat for an extensive interview with Sweet Water and covered a variety of topics. During the chat he was asked about his current projects and future plans.

He responded that Def Leppar have "some dates booked this year, but it all depends on the vaccine. If they even open the places up, that's what we're waiting on. So, we're booked. We're good to go. We're ready to go. I'm at fighting weight. Everything is really cool.

"I'm doing a bunch of other stuff. I'm writing with different people, writing with Joe. We've been doing some really killer stuff. And the band is always forward-moving.

"Actually, I've just done an instrumental with Forest Robinson and Craig Martini. We're waiting to do the video for it. Everyone is having to do their own part for the video." Watch the full interview below: