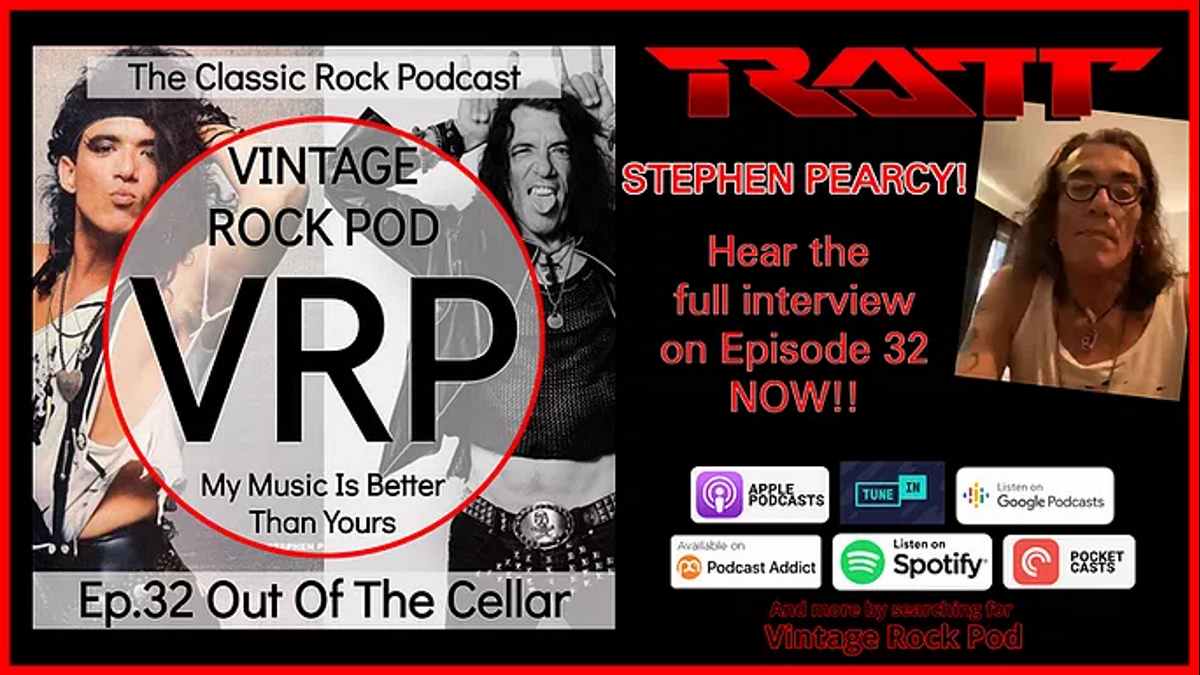 Ratt frontman Stephen Pearcy is keeping really busy of late working on a new double album and he also shared some details about a new docuseries called "Backstage Pass" that he is working on.

He spoke about both during a new interview with Vintage Rock Pod. He said of the new solo album, "So much time has passed since we started writing, Eric and I, my guitar player co-writer on most of my solos. It was so long ago and the record was done.

"We had the songs written like six months ago and that was a year process. So since then I've been writing like a fool and writing with him and all these new songs.

"So, I figured let's do a double record and give it all you got. Just go in there, lay it down and say here 'This is what happens in two years when you write tunes'. And they're way different. There there's such an ebb and flow. It goes all over the place this record.

"Our new bass player, Jerry Montana, he did time in 'Hell Yeah'. You know, he's a more of an aggressive writer / player. So these songs could be heavy, heavy, or they could be Ratt sounding, obviously, if I write them. But I'm trying to take them outside, I'm trying to do a lot of different things, you know, and it's going to be interesting because it's going to go all over the place, so good luck!"

He revealed plans for the docuseries when he was asked if fans can expect the album to be released early next year. He responded, "Yeah, it's been put off. We're going to try to get through this year. I've got some things to take care of with what the band Ratt's going to do and just on the move on other things, projects and trying to get this docu-series out.

"I have a show in production it's called Backstage Pass. The show is pretty much wanting to find out what legacy do I want to leave, and it will be visual, it will be a lot more involved.

"The history, Robin, Tawny, teenagers. I met them when they were teenagers. They lived together at a duplex down the street from my grandmother. No one knows this sh*t. So we've been friends for ages and Tawny too, you know." Listen to the full podcast episode here.