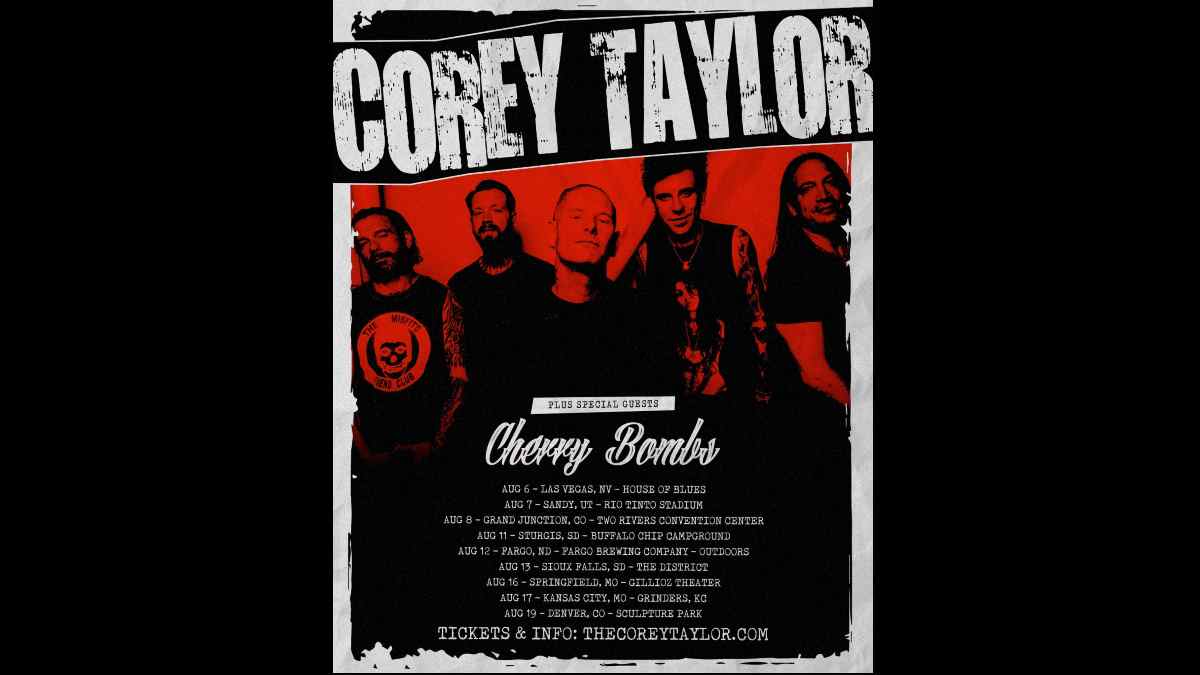 Slipknot and Stone Sour frontman Corey Taylor has announced that he has added a brand new summer leg to his 'CMFTour' this summer after enjoying a successful run this spring.

The new dates will once again feature special guests The Cherry Bombs and is set to kick off on August 6th at the House of Blues in Las Vegas, NV and will wrap up on August 19th in Denver, CO at Sculpture Park.

Corey will also be appearance at Rock Fest in Cadott, WI on July 16th and will be sharing the stage with ZZ Top on August 11th in Sturgis, SD at the Buffalo Chip Campground. See all of the dates below: