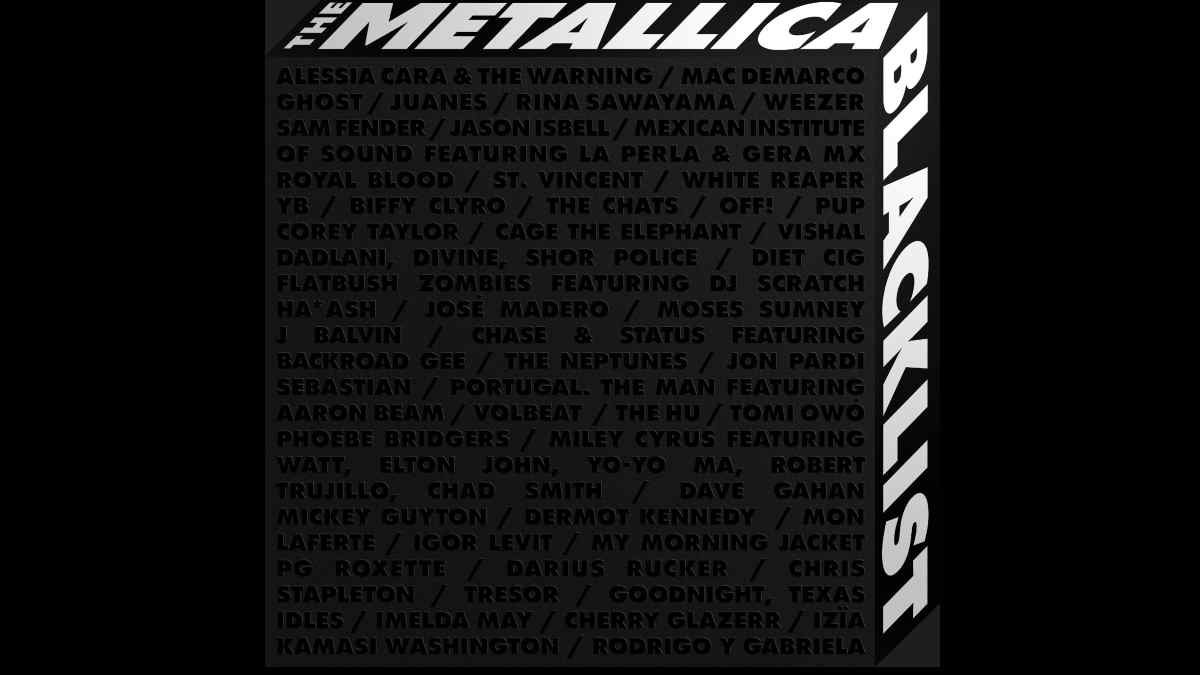 Metallica are celebrating the 30th anniversary of their blockbuster "Black Album" with a special reissue of the record and the "Metallica Blacklist" album that features 53 artists. We were sent the following details:

Much more than a mere tribute album, The Metallica Blacklist celebrates the enduring influence of this musical milestone with one of the most ambitious projects ever conceived by the Metallica team: An unprecedented 50+ artists spanning an unbelievably vast range of genres, generations, cultures, continents and more, each contributing a unique interpretation of their favorite Black Album cut.

The Metallica Blacklist offers up new dimensions of the record whose gravitational pull first drew the mainstream to Metallica-and provides new insights into the universal and timeless appeal that kept it there: the boundary-smashing influence these 12 songs have had on fans and musicians of all stripes. The Metallica Blacklist's 53 tracks find singer songwriters, country artists, electronic and hip hop artists sharing their love of these songs alongside punk rockers, indie darlings, icons of rock, metal, world music and many, many more... and for 50+ good causes: Profits will be divided evenly between charities of the artist's choice and Metallica's All Within My Hands Foundation.

The Metallica Blacklist is a fitting and limitless homage, one that features bands who've shared stages with Metallica alongside artists who are younger than the original album. It's a truly staggering, at times mystifying assemblage of musicians, dozens of whom have little to nothing in common other than the shared passion for the music that's united them for this album: 1 Album. 12 Songs. 53 Artists. Unlimited Possibilities.

*All profits from The Metallica Blacklist will be split evenly between the All Within My Hands Foundation and 50+ charities chosen by the artists who play on the album. All Within My Hands was founded by the band in 2017 as a way for the entire Metallica family to give back to communities that have supported the band by supporting workforce education, the fight against hunger, and other critical local services. Watch the trailer below: