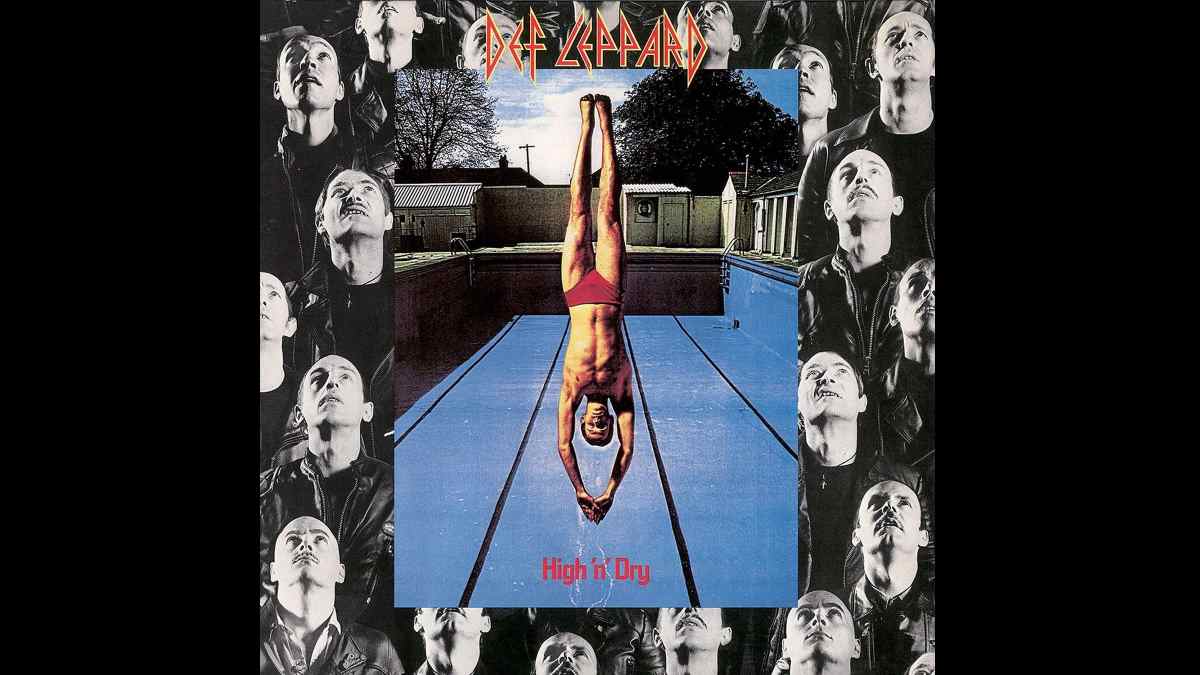 The 40th anniversary of Def Leppard's sophomore album "High 'n' Dry" is being celebrated with a "Medium Rare" episode of the syndicated radio show In The Studio With Redbeard.

The show's host Redbeard had this to say, "The memory is etched in my mind to this day: an intrepid Mercury Records promotion man, Cliff Burnstein, working out of their Chicago office, called me at Memphis radio ROCK 103 in March 1980 and said he was sending '...a one-listen easy add to your playlist' by a new British band, Def Leppard. When the song 'Rock Brigade' arrived, it was the UK single, a 45 rpm vinyl record with the small hole for the spindle. Cliff was right, we started playing 'Rock Brigade' immediately even before the Def Leppard debut full album, On Through the Night , was released Stateside.

"Up to the point when the second album High'n'Dry by Def Leppard arrived, I knew them as an eager puppy dog band of English teens from the tough industrial Northern city of Sheffield who had impressed with their debut single 'Rock Brigade' a year earlier.But the first time that I heard High'n'Dry's 'Bringin' on the Heartbreak' by Def Leppard with that huge soaring vocal chorus hook, it grabbed me in the same way that The Outlaws' 'You are the Show' had done. As it turns out there should be no surprise since both were produced by South African 'Mutt' Lange, suddenly the hottest producer extant then because of blockbusters Highway to Hell and Back in Black for AC/DC, and Foregner 4, all padding Lange's resume.

"It had been a wonderful personal experience to watch the sweet, kind, grounded guys in the Sheffield England band Def Leppard grow up literally in public on their way to induction on the first ballot into the Rock and Roll Hall Fame. I had the great pleasure of meeting and interviewing several of the band members in Memphis on their first U.S. tour supporting their debut, On Through the Night, when not one of them was out of their teens (drummer Rick Allen, at age 15, was working in the country completely illegally!).Their delight in playing in America, being on the same bill as their heroes Thin Lizzy and Scorpions back then, was positively endearing. Yet three years later with their third album, February 1983 release Pyromania, suddenly the pecking order inverted almost overnight as the album went on to sell more than ten million in just the States, simultaneously setting the pop metal path that countless bands would follow throughout the 1980s.

"In this very personal classic rock interview Def Leppard's Joe Elliott, Rick Savage, and Phil Collen go into great detail to sort through why band co-founder Pete Willis had to leave after High'n'Dry ( replaced on guitar by Collen ), while lead guitarist/ songwriter Steve Clarke was allowed to remain another eight long years, despite the fact that both Willis and Clarke both suffered from alcoholism ( dedicated to the memory of Rita Alley )." Stream the episode here.