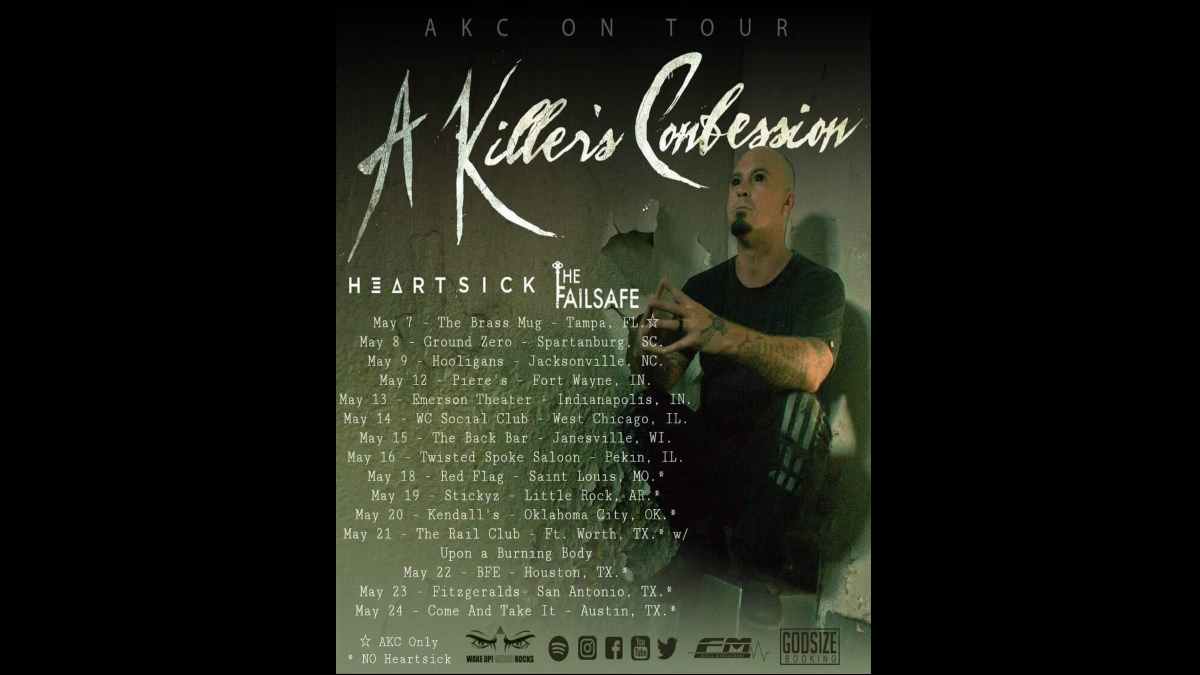 A Killer's Confession have released a brand new video for their single "Trapped Inside" and have also announced that they will be returning to the road this week.

The band, led by former Mushroomhead frontman Waylon Reavis, will be kicking off the spring tour this Friday, May 7th in Tampa, FL at Brass Mug and will conclude the trek on May 24th in Austin, TX at Come And Take It.

Ahead of the tour, the group release the "Trapped Inside" video, which is the third song that they have shared from their forthcoming album that is expected later this year. Watch the video and see the tour dates below:

A Killer's Confession Bring 'Light To Darkness' With New Video