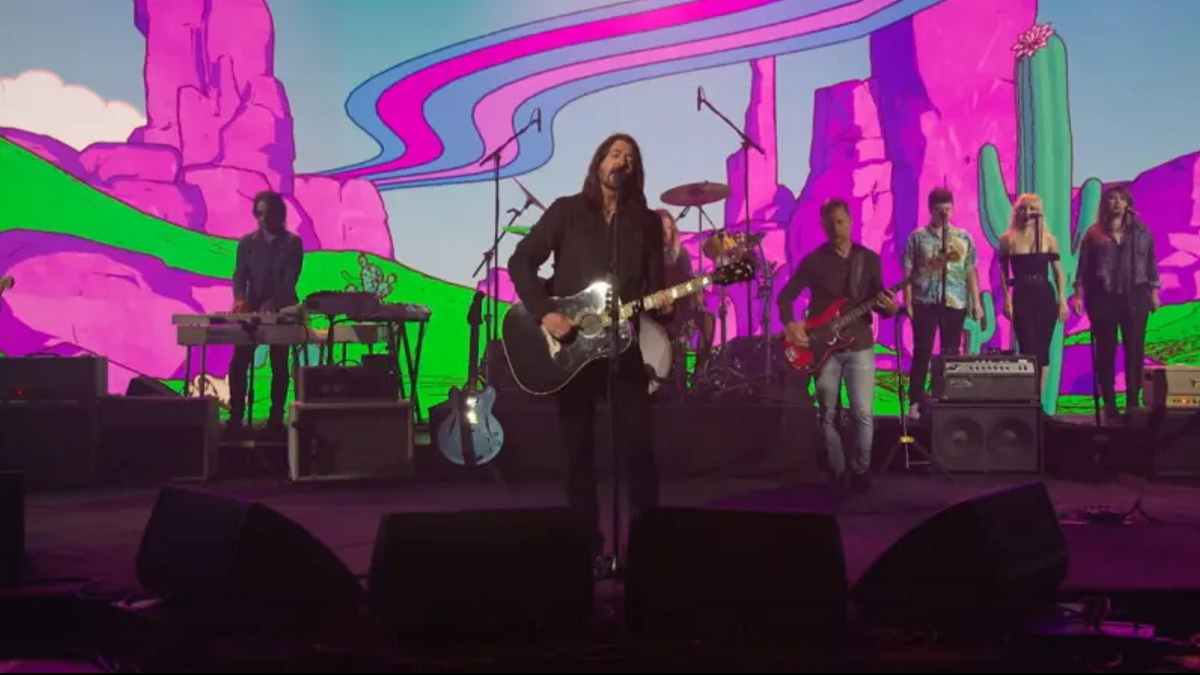 (hennemusic) The Foo Fighters performed their "Medicine At Midnight" track, "Chasing Birds", on the May 6 episode of NBC-TV's Late Night With Seth Meyers and video from the appearance has been shared online.

The band recently shared a psychedelic-inspired video of the tune for 420 Day as they continue to promote their tenth studio record, which debuted at No. 1 in several countries while entering the US charts at No. 3 on the Billboard 200.

The broadcast also saw frontman Dave Grohl chat with the host about a number of current projects, including his documentary "What Drives Us", this week's launch of a limited-edition video series based on his mother's book, "From Cradle To Stage", and his appearances on Saturday Night Live with Nirvana, Mick Jagger and the Foo Fighters. Watch the Seth Meyers performance and interview here.