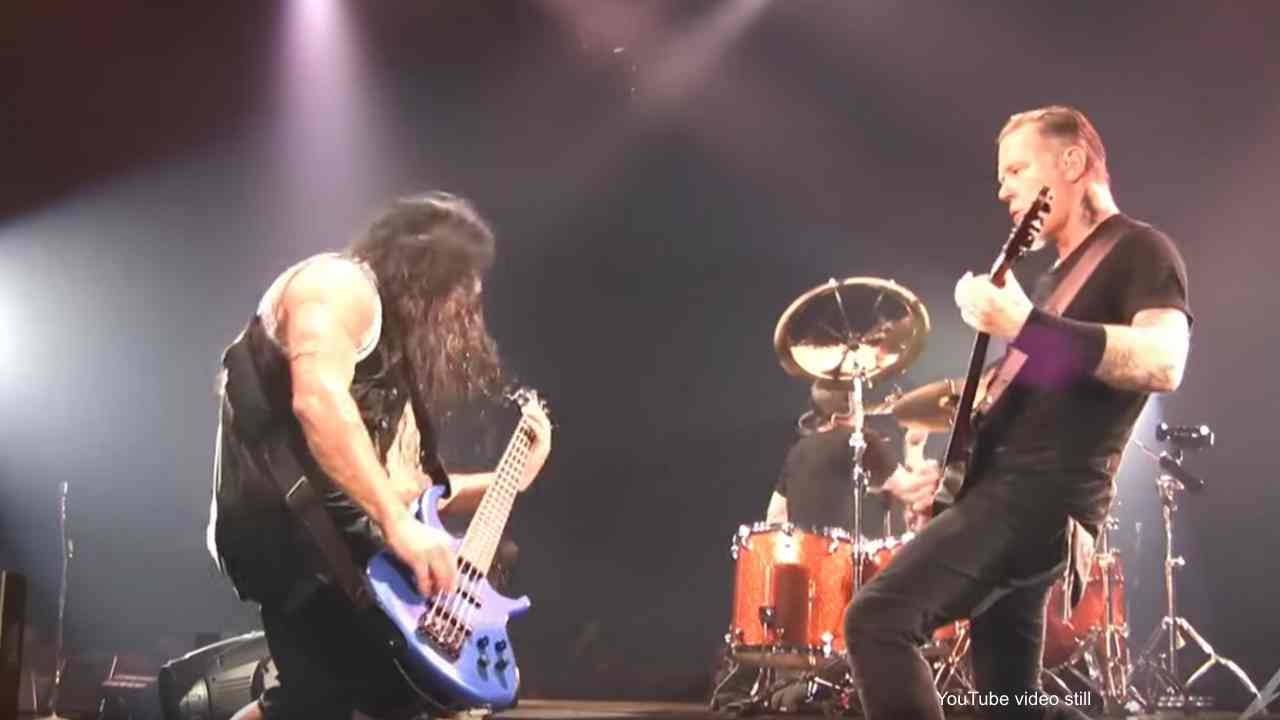 Metallica frontman James Hetfield revealed that the band wrote over 10 new songs together over the video collaboration service Zoom during the pandemic lockdown.

James shared the news during an appearance on the Fierce Life Podcast back in late March. He said (via Louder), "This time was a little different, for sure.

“Because of COVID, just sitting at home and getting a little bit antsy and just feeling creative at the same time and wanting to get together, I started doing a weekly Zoom with those guys just to check in. And then I just told them one time, ‘Hey, I’m gonna write something. I’m just gonna play something and send it to you guys. You do whatever you want with it and see what happens and layer on to it.’

"So that’s how we did a version of Blackened, 2020. I just basically played something. They hadn’t heard it before. They played on it. Then it kind of got layered together.”

“Then we started experimenting with writing on Zoom. Lars [Ulrich] and I would get together, or Kirk [Hammett] and Lars, and we would get little bits of time here and there writing.

"It was difficult because of the delay in the sound, so we couldn’t actually play together, but we would play to a click track and watch each other play. We had our producer, who was running my computer while I was playing. He was running my computer from L.A., and I’m in Vail [Colorado]. And then Lars had an assistant running his computer from L.A. — he’s up here in San Francisco — and we were playing together, and it was pretty bizarre.

"We started writing. We got about — I don’t know — over 10 songs going that way. And then we finally got together. There’s only so much you can do on Zoom.” Watch the full interview below: