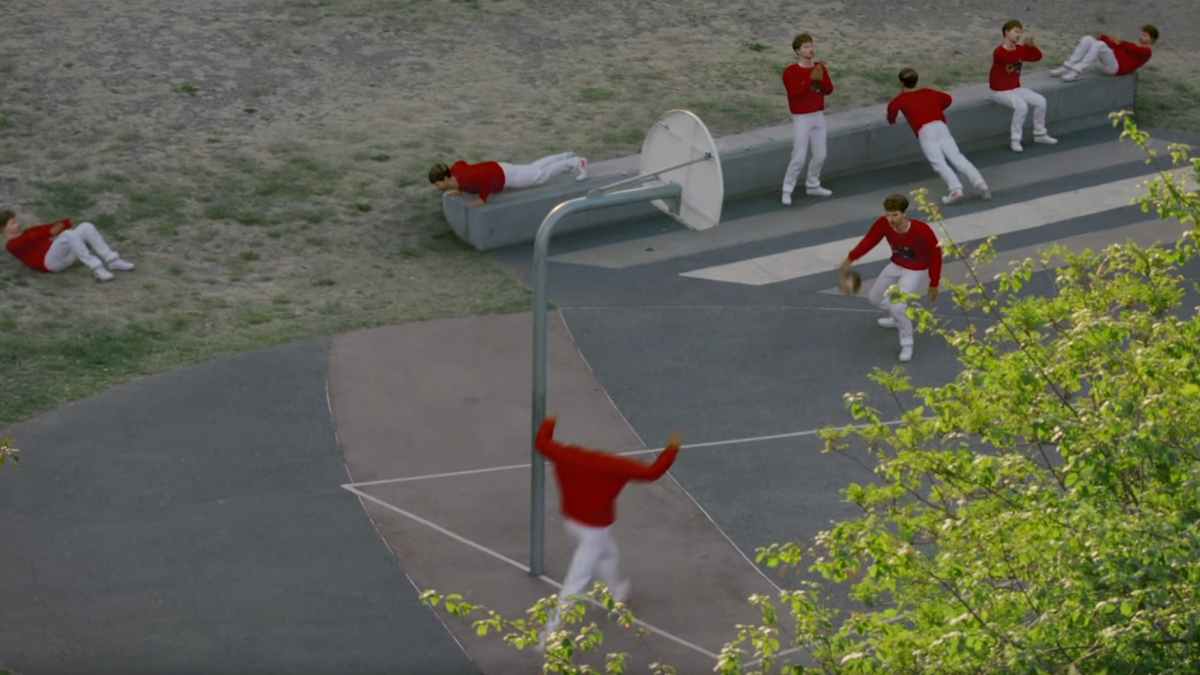 Glass Animals have released a music video for their latest single "Space Ghost Coast To Coast." The song comes from the band's 2020 album "Dreamland".

Frontman Dave Bayley had this to say about the Max Siedentopf directed video, "'Space Ghost' is about someone I knew growing up in Texas...we drifted apart when I moved away at 13, but I found out a few years later he did something truly awful.

"The lyrics of the track are just wondering what makes someone change so much from being an innocent kid to someone who can even consider doing what he did. It talks about how in the 2000's, violent video games and lyrics were blamed by the media for that type of misbehaviour in teenagers...but really I think there were much bigger societal problems at play.

"The video is a twist on those video games. Every video we have made in the last year has been made in peak lockdown...we had to get creative. In this case, Max came up with the idea that he could film me dancing in the park while sitting in his apartment.

"He was giving me direction the whole time via phone in my earbuds. It starts there and gets more and more surreal ha." Watch the video below: