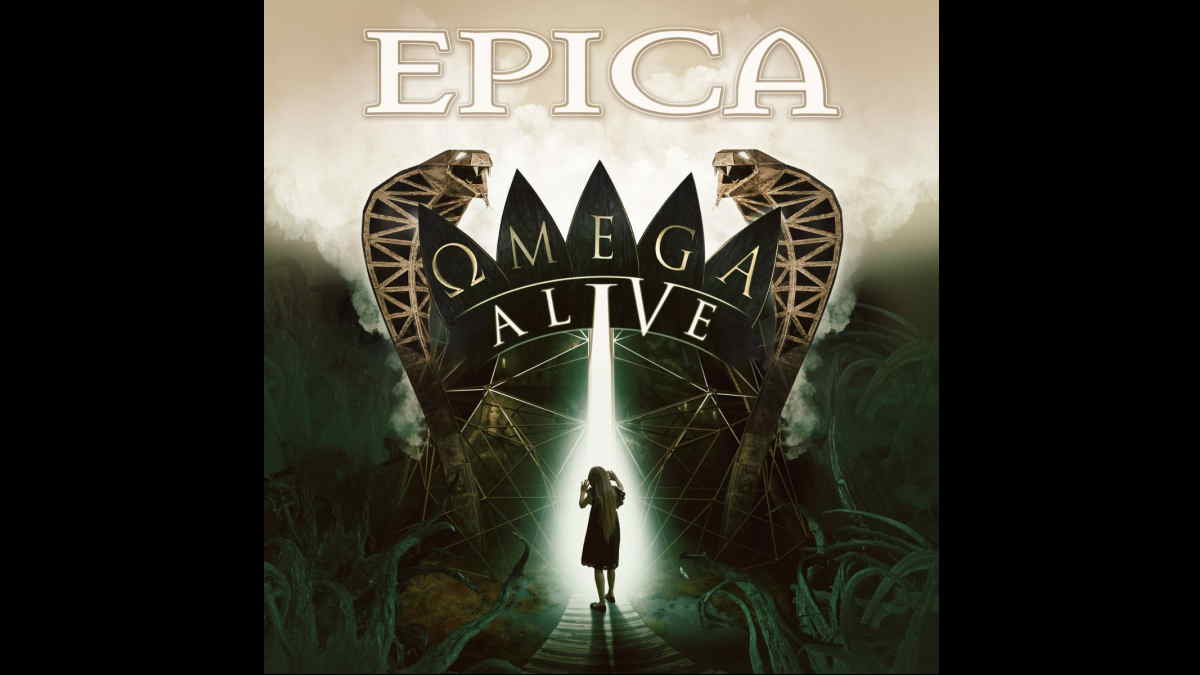 Epica have released a new over 13 minutes long video of a performance of 'Kingdom Of Heaven Pt 3" from their forthcoming live package "Omega Alive," which is set to be released on December 3rd.

Coen Janssen had this to say, "The whole 3rd act was built around the 'Kingdom of Heaven' songs. The 3rd part (from the Omega album) just had to be played, so we came up with 'Elysia', the kingdom somewhere in the sky... A new decor resembling a throne room and a massive chandelier with acrobats in it set the tone for this song.

"For the 'piano-solo' we had an extra surprise up our sleeve... playing it while it was on fire! A stunt we could not rehearse since the piano would be destroyed afterwards!

"Under great guidance from our pyro-crew we managed to pull it off, luckily the part only lasts about 30 seconds since it was extremely hot as you can imagine!

"Since this looked so cool on stage, we also lit up the gong at the end of the act, with Arien hitting it with a flaming torch... These images turned out way cooler than we expected... too bad we can't do this live." Watch video below: