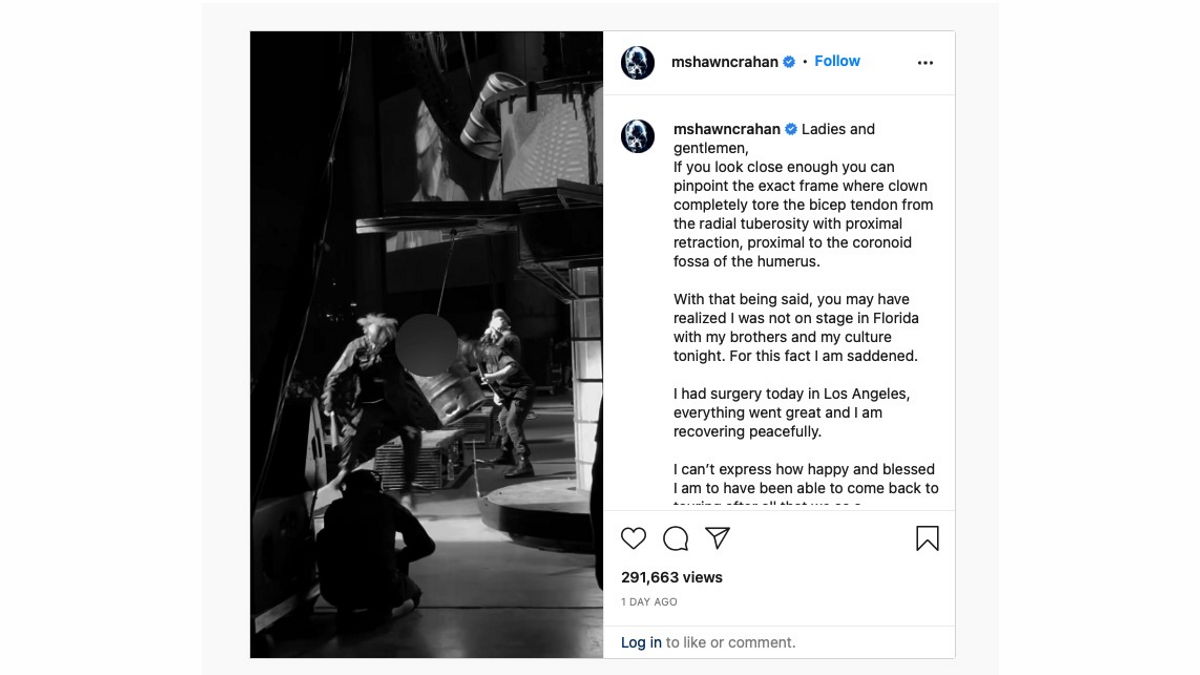 Slipknot percussionist M. Shawn Crahan (aka Clown) was forced to miss the band's appearance at the Welcome To Rockville Festival this weekend due to an injury.

Clown shared an update via Instagram and explained that he underwent surgery on Friday (November 12th) after he suffered a torn bicep tendon during the band's set at Knotfest Los Angeles concert back on November 5th.

He shared, "If you look close enough you can pinpoint the exact frame where clown completely tore the bicep tendon from the radial tuberosity with proximal retraction, proximal to the coronoid fossa of the humerus.

"With that being said, you may have realized I was not on stage in Florida with my brothers and my culture tonight. For this fact I am saddened.

"I had surgery today in Los Angeles, everything went great and I am recovering peacefully.

"I can't express how happy and blessed I am to have been able to come back to touring after all that we as a community have been through the last couple years. And I promise we will see you all very soon. Thank you." See his post here.