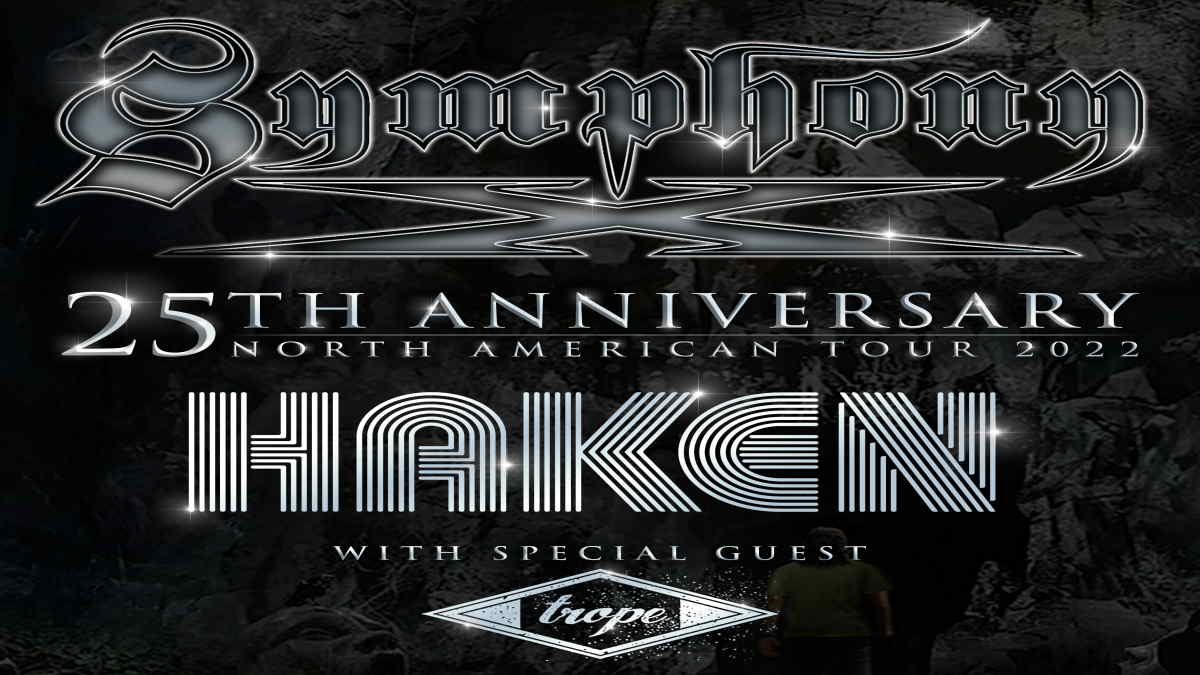 Haken have announced that they will be teaming up with Symphony X for a North American coheadlining tour next spring that will feature support from Trope.

The tour will be kicking off on May 10th in New York City at Irving Plaza and will run until June 12th where it will wrap up at The Wellmont Theater in Montclair, NJ.

The band had this to say, "We are so excited to get out on the road again at all, but having the honour to do it alongside Symphony X will make it that much more special. We have nothing but the utmost respect for them as progressive metal pioneers and when we were starting out, Symphony X was one of the bands who inspired us to practice our instruments and strive to be better musicians - and still do!

"We've really missed the USA and the fans over there so much over the lockdown period. Getting back over there to see some familiar faces as well as meeting new friends will be an emotional ride. We can't wait for this Odyssey to begin!" See the dates below: