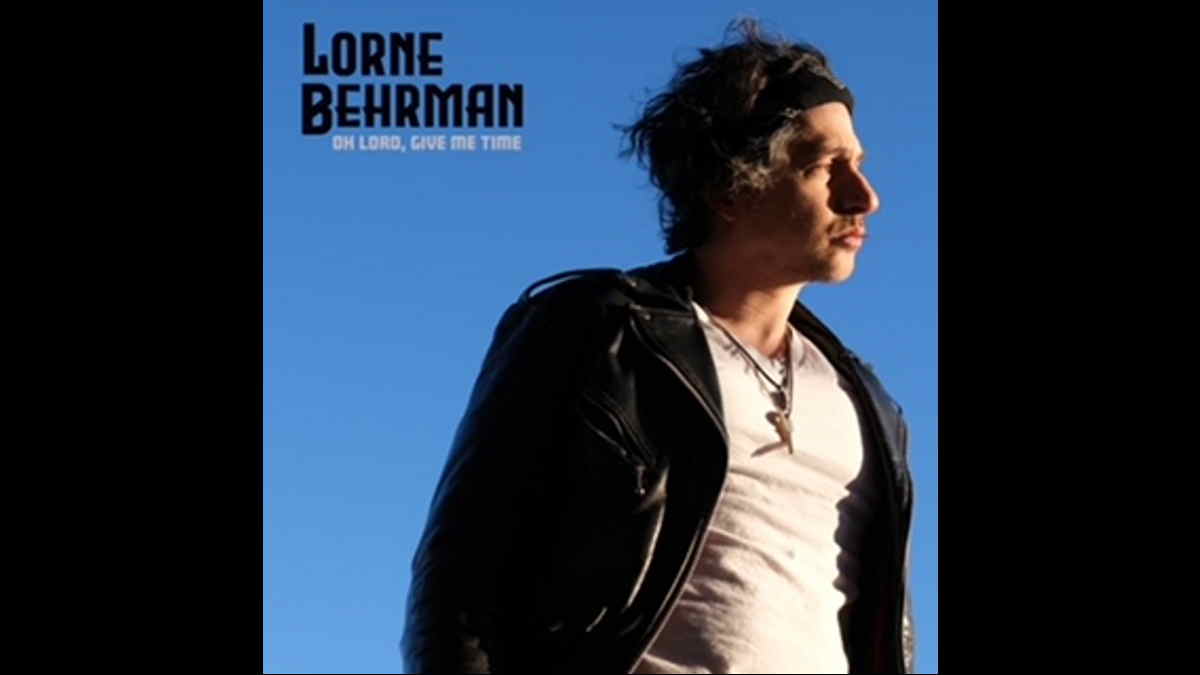 We are very pleased to premiere the music video for Lorne Behrman's brand new single "Oh Lord, Give Me Time", from his forthcoming debut solo EP, "When I Hit The Floor", which will be released this Friday, October 15th.

No stranger to the music scene, Lorne has played with The Dimestore Haloes, L.E.S. Stitches, The Dead Tricks and The Sweet Things, and he brings those varied dimensions and more to "When I Hit The Floor", but he also expands his musical palette with a song like "Oh Lord, Give Me Time." It is only fitting that he now delivers a visual to match the track and make it even more powerful.

A video about a suicidal main character that leaves you with a smile on your face? With the poignant video for "Oh Lord, Give Me Time", Lorne and director David J Barron manage to do just that, as they explore both extremes of the human condition with Brooklyn based film maker and playwright Denis Maguire playing a man contemplating suicide, but an act of human kindness from a child turns it all around in the end.

Lorne explains what inspired him to write the song, "It was a Friday afternoon, and I was going to go pick my daughter up at her mom's house. I was sitting in my daughter's room, and I had this feeling of joy. Prior to that, I had spent so long feeling down, and, basically, wanting to die. This song was saying: I feel good, please give me time to live; I'm not ready to die. I guess it is kind of my take on a gospel song.

"Parallel to me getting sober, I sensed my daughter was going through her own things. In her bedroom at her mom's house there was a strange waterscape mural on the wall. I imagined her looking at that from her bed, and processing her life and what private thoughts and struggles she was working through. I wrote this song as a message to us both to find reasons to be strong, healthy, and happy. It is that 'always darkest before dawn sentiment.' I saw a little light in that moment, and I wanted to share it."

Musically, "Oh Lord, Give Me Time" ventures into semi-punk rock ballad territory, but with credibility. Think Mike Ness meets Bob Dylan. Lorne reflects on what a departure the song was for him and also seeing the track make a connection to someone very important to him. He shared, "I've never played music in front of my parents before all by myself with just a guitar and my voice. They've seen me play in a lot of bands over the years, and I've always played them my recordings. When I wrote this EP, I asked them if I could play these songs for them. I was so scared! I performed with an unplugged electric and just my voice. When I played this one, my mom started crying. She said to me, 'that song could be for anyone at any age because we all want time.' I know that sounds kind of corny, 'my mom liked it!,' haha, so it must be great, but the truth is that was the first time in my life that I felt like my music mattered; that it reached someone.

"I confessed a lot on this EP, and I shared a lot of painful truths. I wanted the final song to be hopeful and as sincere and simple as can be. I wanted a listener to go through the EP, and, at the end, feel some sense of positivity. Like that feeling after a good cry; when you let it all out, and you feel some serenity. Stylistically, I know it's different, it's an acoustic song, but I felt like if I was being vulnerable, this would be as honest as I can be. It's a song I can sing with just a guitar and voice, and that is huge for me, as I've relied on anger and volume for most of my career-in the past, I was too scared to be soft and gentle."

The video was filmed at Coney Island and that too had a personal connection for Lorne and the song. He explains, "When I was first divorced, I lived about 20 minutes from Coney Island and my daughter and I would go there a lot. It was a desperate time. I was so scared to be alone. Totally ill-equipped to be a parent, let alone a single dad when she was with me. I felt like I had no life skills-I didn't know how to cook a hot dog-and I also was constantly scared I would be homeless because I couldn't pay my rent.

"Those times at Coney Island my daughter and I really found something. I am scared of heights, and she wanted to go on those swings. I thought when I took her on it, it would be the kid swings-she was 6-but it was the adult ones, and I was terrified. She thought it was hilarious. We got into a rhythm of going to the magic show, eating Nathan's hot dogs, and also going to the variety show with snake charmers and firebreathers. They even used a picture of us for advertising for the variety show! We cobbled together some semblance of relationship there, and there were a lot of stuffed animals involved.

"I actually don't think I shared this with director David J Barron, especially the bit about the swings which appear in the video! He had a distinct vision for this video, and I just trusted him. I never met the actor, and I wasn't there for the shooting. We shot my performances on the boardwalk separately.

"I first saw the video while in a cab with my fiancee, Danielle, going to a restaurant. I came up in the punk world, and for me, things were always stylized and there was some type of weird twist to the visuals and the songs, so I was shocked by the video. The sentiment in the song was so out front it was hard for me. I remember Danielle said: 'It looks so professional, like a video you would see on MTV!' That horrified me, haha. She advised me to think it over, and respond to David after dinner.

"I thought it over: this song is for my daughter, and for me and all the things we've been through both separately and together. I realized this video captured that feeling, and I was running away from being sincere and for sharing my feelings. I never want to do that. David really captured something unspoken and magical." Watch it below to see it for yourself: