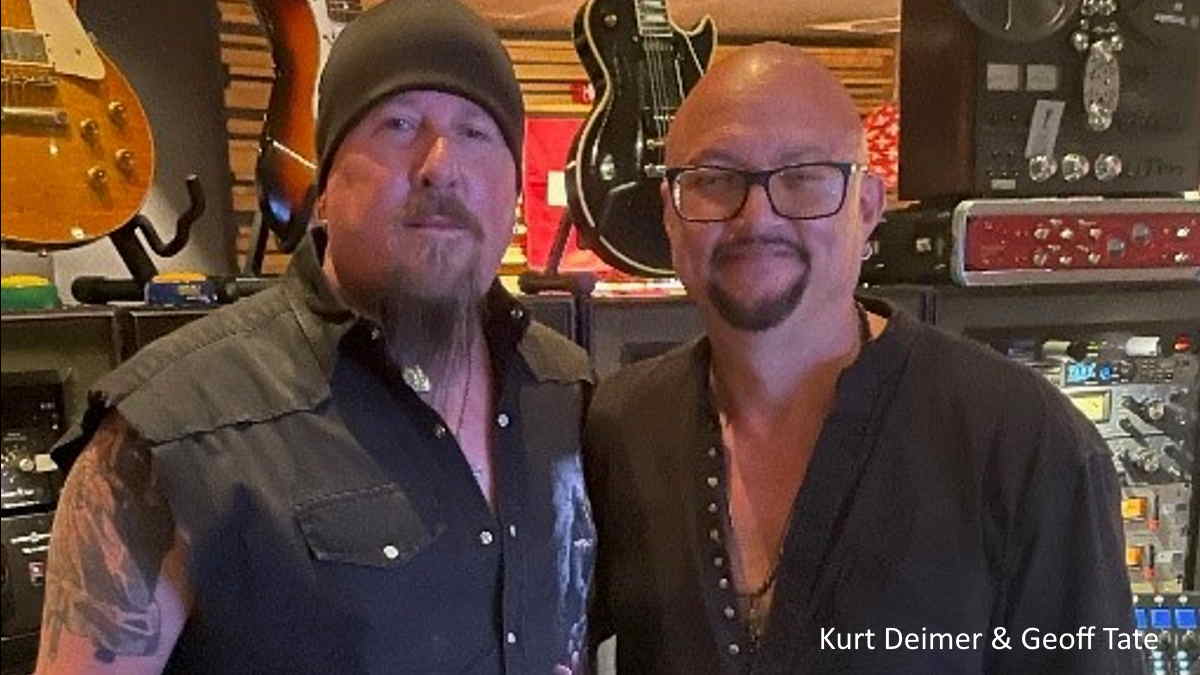 We are pleased to premiere Kurt Deimer's brand new music video for his track "Burn Together" that features a special guest appearance from former Queensryche frontman Geoff Tate.

The track recently debuted at No. 3 most added on the Billboard Mainstream Rock Indicator chart and is the first taste of Deimer's forthcoming debut EP, "Work Hard Rock Hard."

Tate's fans have already had the chance to witness Deimer's band, which also features Bon Jovi guitarist Phil X, along with Michale Vassos, bassist Cristian Sturba and drummer Anthony Biuso, as they have been touring with Tate on his tour celebrating the landmark Queensryche albums "Empire" and "Rage For Order". They are gearing up the launch the second wave of dates early next month.

Kurt had this to say about working with Tate on the new song, "One of my most enduring musical memories is Geoff Tate performing 'Silent Lucidity' with Queensryche in front of an orchestra on the MTV Video Awards thirty years ago, so to have Geoff Tate performing on my first release with me is beyond surreal. His music has had a profound influence on me, and now I get to celebrate that influence every night opening for him on tour - I'm beyond words."

Deimer also shared this about the inspiration and theme for the track, "This song is about the demise of the family unit and family values and traditions. Kids aren't raised by parents anymore, they're raised by nannies, iPads and video games, and it's reflected in our society. There aren't family dinners, there's no talk around the dinner table, and it's a cause and effect.

"Another thing that makes Geoff Tate's involvement so special is his devotion to family - it's the perfect blend of his style and my style, and has a message and meaning we can both stand behind."

The video was directed by Scottish filmmaker and director Paul Boyd [Sting, Deadmau5, The Cult], who will also helm visuals for the songs "Big Toe" and "Naive" that will form a trilogy which when played together will form a movie short.

Check out the "Burn Together" video and the upcoming tour dates with Tate below: