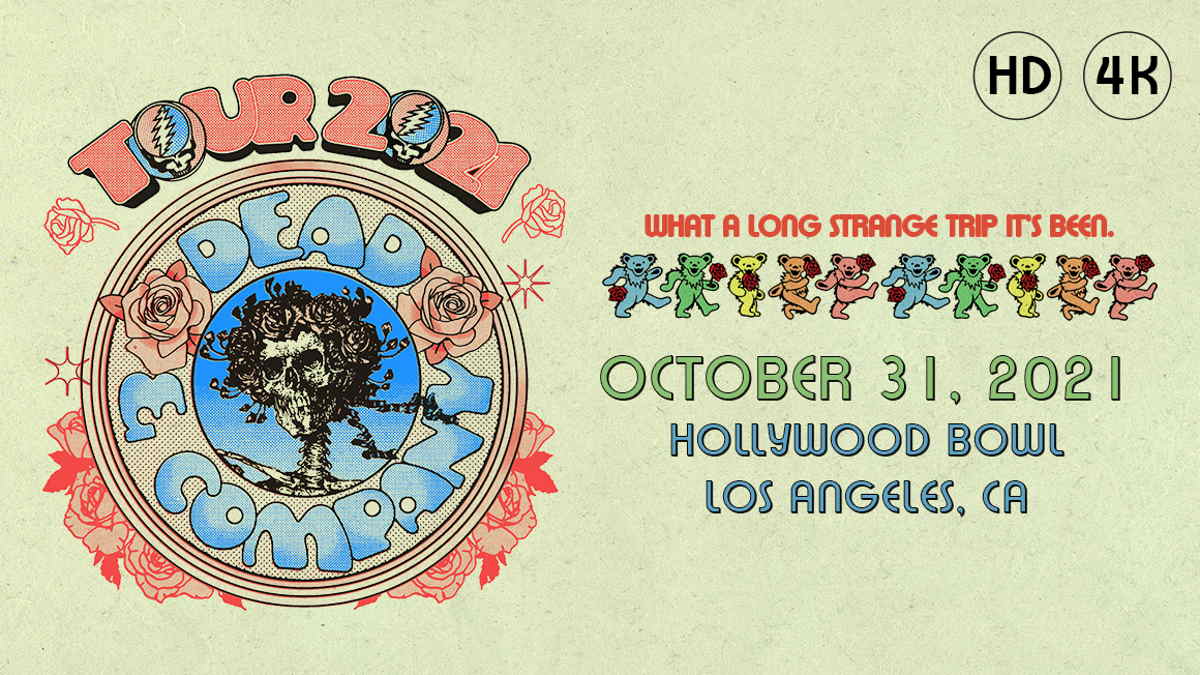 nugs.net are giving music fans several reasons to stay home this Halloween weekend with a lineup of special livestreams from Dead & Company, Phish, Gov't Mule, and Billy Strings. We were sent the following details about the streams:

Dead & Company are wrapping up their chart topping 2021 Tour this week, with a three-night run at Los Angeles' iconic Hollywood Bowl. The tour, and the three-night run, culminates with a special Halloween party this Sunday., with all three shows being livestreams via nugs.net.

Gov't Mule, will celebrate the holiday with their annual 'Mule-o-Ween', this Saturday from The Tabernacle in Atlanta. The band we'll be joined by very special guests Charlie Starr (Blackberry Smoke) and Paul Riddle (Marshall Tucker Band) as they pay homage to the 50th anniversary of Allman Brothers Band's iconic live album, At Fillmore East.

Phish is set to tie up their 2021 Fall Tour this week with a four-night Halloween stint in Las Vegas, at the MGM Grand Garden Arena. The run of shows starts tonight and ends on Halloween, a revered night in the community with a long tradition of special setlists and antics.

nugs.net is thrilled to announce a three-night Halloween spectacular with bluegrass phenom, Billy Strings. Starting this Friday, each of the three sold-out shows in Asheville, NC will be available to watch live or on-demand. As a treat for fans, those that purchase a three-show package will get one of the night's for free. All shows also include an extended watch window, with 7-days of unlimited viewing. Find more details and purchase passes here.