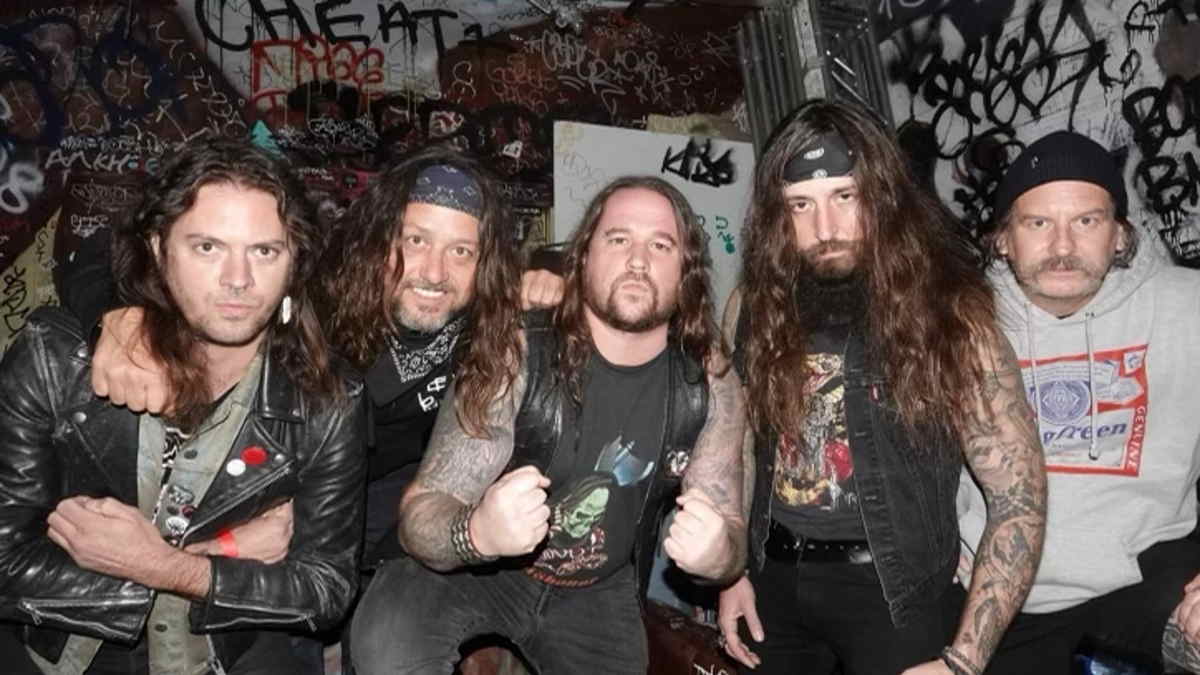 Municipal Waste have announced that they have completed work on their next studio album, and they will be releasing it next year under their just renewed deal with Nuclear Blast Records.

Tony Foresta had this to say about the renewed deal, "When we were asked about re-signing to Nuclear Blast only 2 words came to mind... no brainer! Having such a long history with an amazing label that's been nothing but supportive made it an easy decision on our part.

"Looking forward to many records and even more years with The Blast!!! And an extra special thanks to everyone in the warehouse and offices all over for agreeing to stick it out with us for the years to come. Cheers NB and the Waste!"

Ryan Waste said, "We couldn't think of a more suitable place for the Waste than our radioactive family at Nuclear Blast. They've always given us complete creative freedom and challenged us to push it to the limit with our deranged ideas. As the music business changes with the times, we trust that our vision remains unfazed by trends and our label backs us up with full force."

Dave Witte added, "If it ain't broke, don't fix it ya know? I'm so happy we extended our relationship with Nuclear Blast. They understand what we're all about and it was a no brainer to re-sign. Their dedication to metal combined with the history the label makes NB the perfect home for us." - (drummer)

Nuclear Blast USA General Manager, Gerardo Martinez, also had this to say,
"Time flies when you are having fun! I remember signing the band ten years ago and having the greatest feeling as we had been friends for a while.

The fact that ten years later we are renewing our partnership is just a true testament to the dedication the band has and the level of bad-assery they have by continuing to deliver incredible music for all of us, their fans.

"Nuclear Blast is proud to continue the path we've both have created... Here's to at least another 100 more years together!"

Napalm Death To Do Euro Tour Ahead Of Municipal Waste Trek