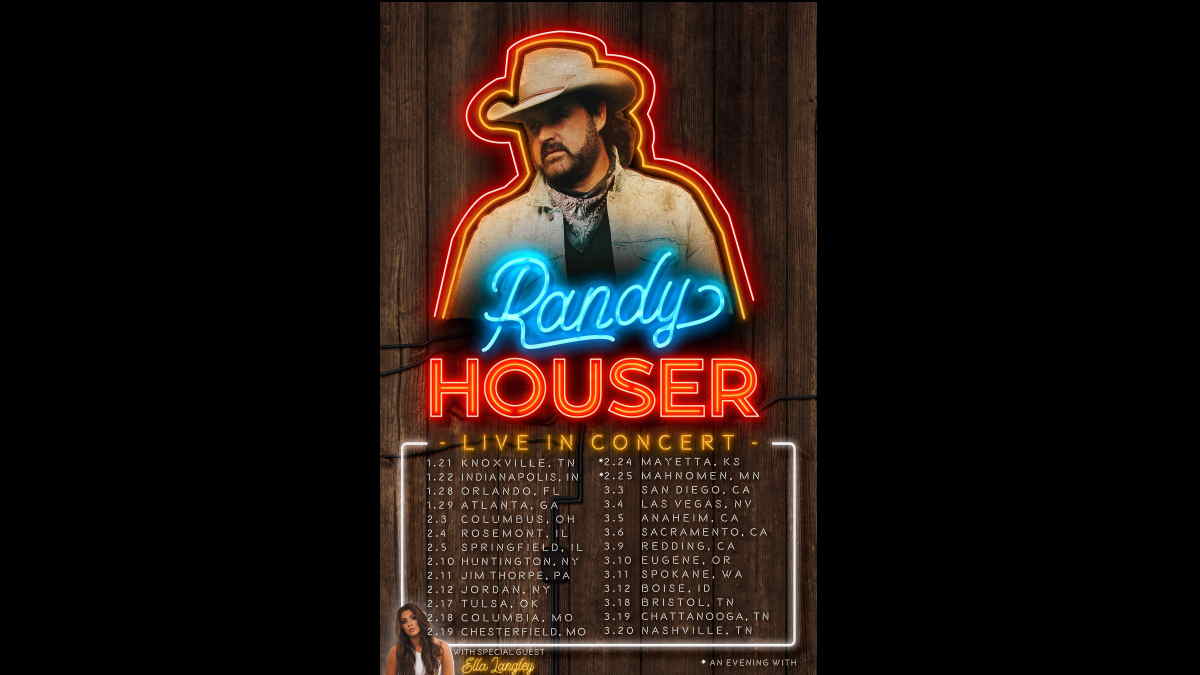 Randy Houser has announced that he will be returning to the road early next year to launch a full U.S. headline tour that will feature support from Ella Langley.

The tour is set to launch on January 21st at Cotton Eyed Joe in Knoxville, TN and will we concluding on March 20th at the famed Ryman Auditorium in Nashville. Tickets for most dates are set to go on sale this Friday, Oct. 29.

Houser had this to say, "I've been spending a lot of time in the studio recording some songs and it's time we play some of these live. I'm a big fan of Ella Langley's and think folks will really dig her sound!" See the dates below: