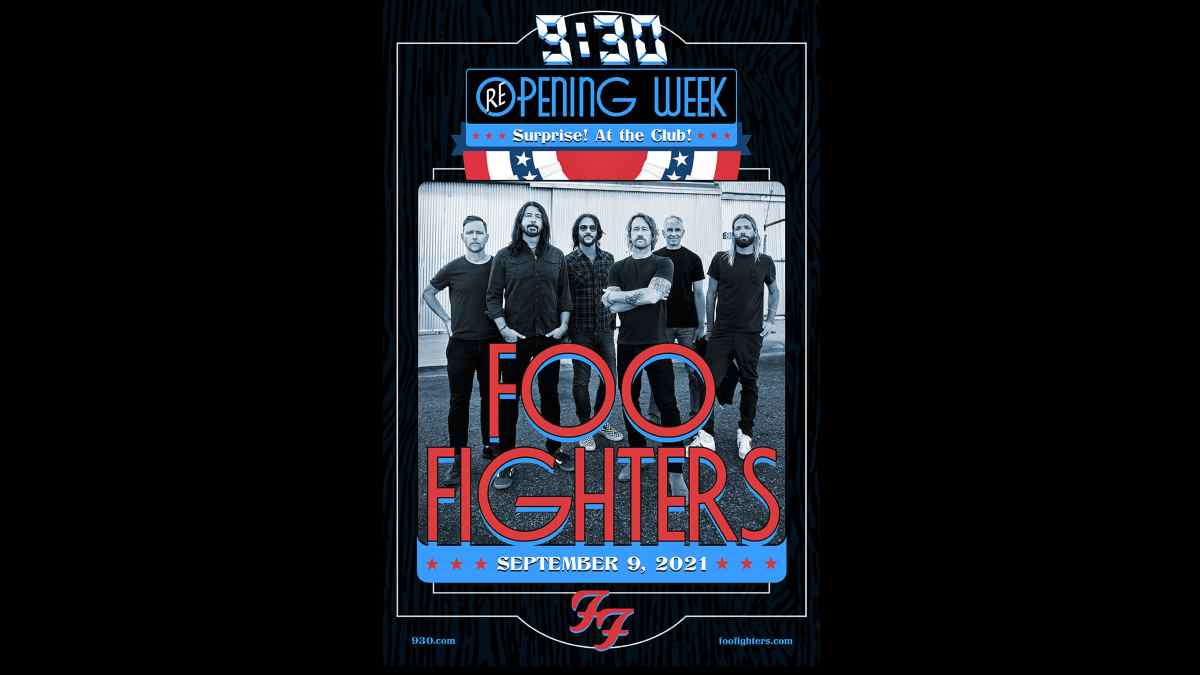 (hennemusic) The Foo Fighters have announced that they will perform a very rare club show at the famed 9:30 Club in Washington, DC, tonight, Thursday, September 9.

The band announced the surprise show on social media the day before the event, which see the rockers hosting the venue's first show as part of its reopening week.

Part of the group's tour in support of their latest album, "Medicine At Midnight", the show sold-out quickly as soon as tickets went on sale on Wednesday.

The band's tenth record debuted at No. 1 in several countries while entering the US charts at No. 3 on the Billboard 200 earlier this year. more.