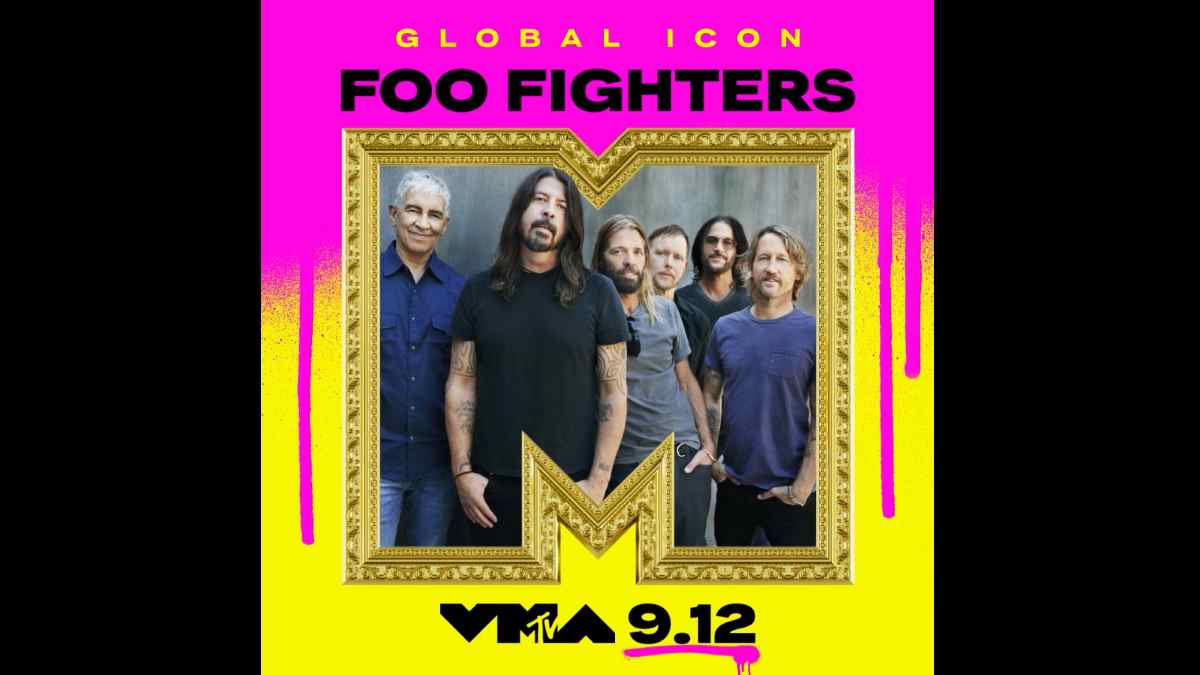 (hennemusic) The Foo Fighters were named the recipients of the Global Icon Award at the 2021 MTV Video Music Awards in New York on September 9. While receiving the honor - which originated a decade ago as part of MTV's Europe Music Awards - Dave Grohl delivered an acceptance speech on behalf of the group, which he launched in 1995 with a self-titled debut album.

"This is quite an award to receive," Grohl told the crowd, while before thanking a number of supporters, adding, "We've been a band for 26 years, so it's pretty good!"

As part of the Global Icon Award presentation, the Foo Fighters delivered a three-song performance that featured "Learn To Fly", "Shame Shame" and "Everlong."

During the event, the group lost out in the three 2021 categories in which they were nominated for their "Medicine At Midnight" lead single, "Shame Shame" - including Best Rock, Best Cinematography and Best Choreography. Watch the official video of their three song performance here.