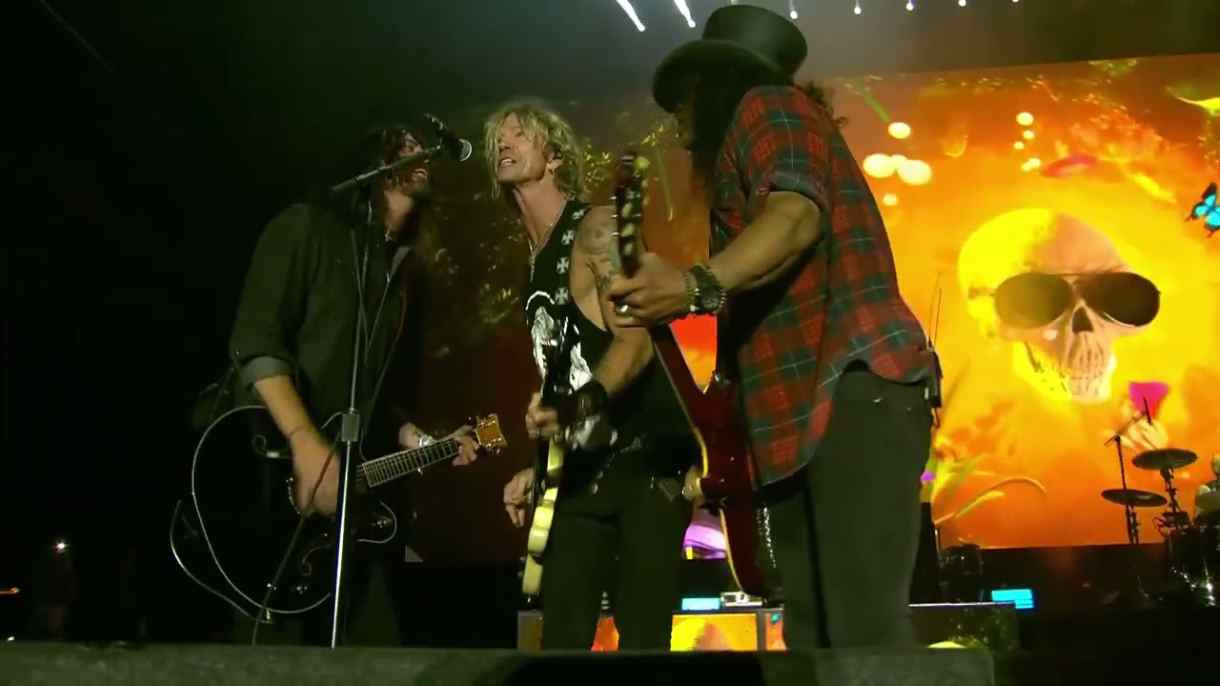 After welcoming Dave Grohl of the Foo Fighters to the stage, the lineup began playing the night's final encore song, "Paradise City"; before the 1987 classic was done, organizers shut down the stage audio due to a strict 10 p.m. curfew at the Napa Valley Expo, as the group continued to perform and the crowd joined in to lend a hand.

Reports indicate that when the show came to an end at 10:03 p.m., Axl Rose threw his microphone into the crowd from the stage, took a bow and walked off with the rest of the group and Grohl, whose band the Foo Fighters were set to headline the festival the following evening.

"When the fans take the Fn lead after curfew hits!," posted Guns N' Roses alongside the pro-shot footage. "BottleRock Napa, we had a wild night rocking with you all, Dave Grohl & P!nk."

Guns N' Roses continue their US stadium tour this week with shows at Wrigley Field in in Chicago, Il and at Milwaukee's Summerfest. Watch the video here.