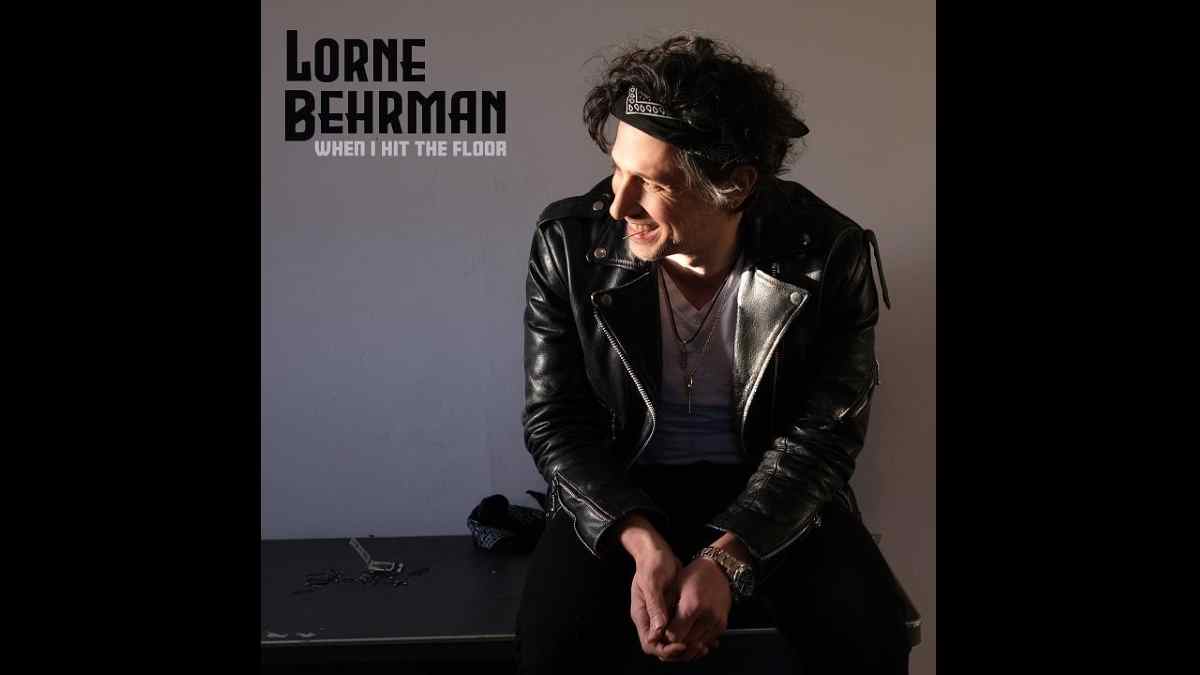 NYC rocker Lorne Behrman takes on the heavy subject of childhood sexual abuse with his brand new single and video, "Sandcastles", the second single from his forthcoming debut solo EP.

The EP, entitled "When I Hit The Floor", will be released on October 15th. The video for "Sandcastles" was directed by David J Barron and filmed late at night in NYC's Central Park.

Lorne had this to say about what inspired him to tackle the subject of abuse with the track, "When I was a little kid, I took karate classes, and there was an instructor there who promised they would give me a kit to build sandcastles if I went with them into the bathroom.

This began a very stressful and painful time for me. It was sexual abuse, mind games, and secrets. I was a really sensitive kid-I still am really sensitive-and I felt in over my head, but scared to tell anyone. I remember thinking I wish my soul could disappear into the calf of my leg-like I felt like I had to be at karate, but I wished I didn't have to be present.

"I have the best parents-open, loving, and there for me, always-but I had too much fear and shame to tell anyone. I felt like I deserved this, so I just dealt with it, and eventually moved on from karate class, though I would experience more predatorial people and have more painful experiences until I addressed this and really got help.

"I would always bring this stuff up when I was drinking, and share with anyone around, but I couldn't talk about it with people in the daylight. It was always there, hindering my trust, my connection with others, intimacy, body images, feeling safe, and even feeling safe alone-as if I was going to attack myself. It was the nightmare roommate in my head I never wanted.

"I eventually got help, and spoke to many people about this. I got a lot of comfort. One person told me to pray for the person who did this to me. I wanted to punch this guy in the face. I remember walking home that night and just being livid-they don't understand, I thought. But it dawned on me, that the person who did that to me, probably had that done to them. All forms of abuse are passed on until you stop them. Not long after, I wrote the song.

"As far as a catharsis, I've heard people say if you shine a light on darkness it goes away. So, this is me, putting that saying into real life. Singing this in the studio was very hard for me, but my producer Matt Chiaravalle made me feel comfortable. Leaving that vocal booth and finishing the vocals of the song, I felt lighter-like a left a part of my history behind. Hearing it mixed and mastered, and knowing it will be out there scares me. I feel naked and vulnerable. That said, when I listen to the song, I feel like I am speaking up for that little kid that endured that private hell."

He said of the music video, "I had nightmares about shooting that video. Director David J Barron had this very powerful concept of capturing the fear and darkness inherent in the song. The camera chases me, the nighttime is overpowering, and the color palette enhances the horror of it all.

"We shot it around 10 PM at night in Central Park, and let me tell you, nighttime at that park is still scary, haha. We shot it on a throughway that bisects the east and west side. The sidewalk was so narrow, and cars whizzed past you so quickly. It felt like we could get hit at any time, and then there were some "characters" passing in and out of the night. We shot the parts of me playing guitar right after.

"Making the video brought up a lot of stuff. Thankfully, David is a deep guy and I could talk to him. He had that balance of knowing the shots he wanted, but also being sensitive to what I was going through. When the outside parts were over, I was so happy to be safe at home, it was like I was away from the horror. Seeing the video, I feel proud of myself. Like I finally took a stand, and I feel like I did it in a way that's me.

The video ends with the message, "Dedicated to survivors of sexual trauma everywhere," and Lorne spoke about the importance of survivors sharing their stories and emotions. He said, "I started sharing my stories in the last two years. When you speak about this, and someone says to you, I went through that, too, it's like feeling like you're not alone for the first time. Like you have a best friend that experienced the same minefield in their mind, and you can talk about this. The shame goes away, the feeling of being damaged goods go away, and your abnormal feelings feel normal, for once." Watch the video below: