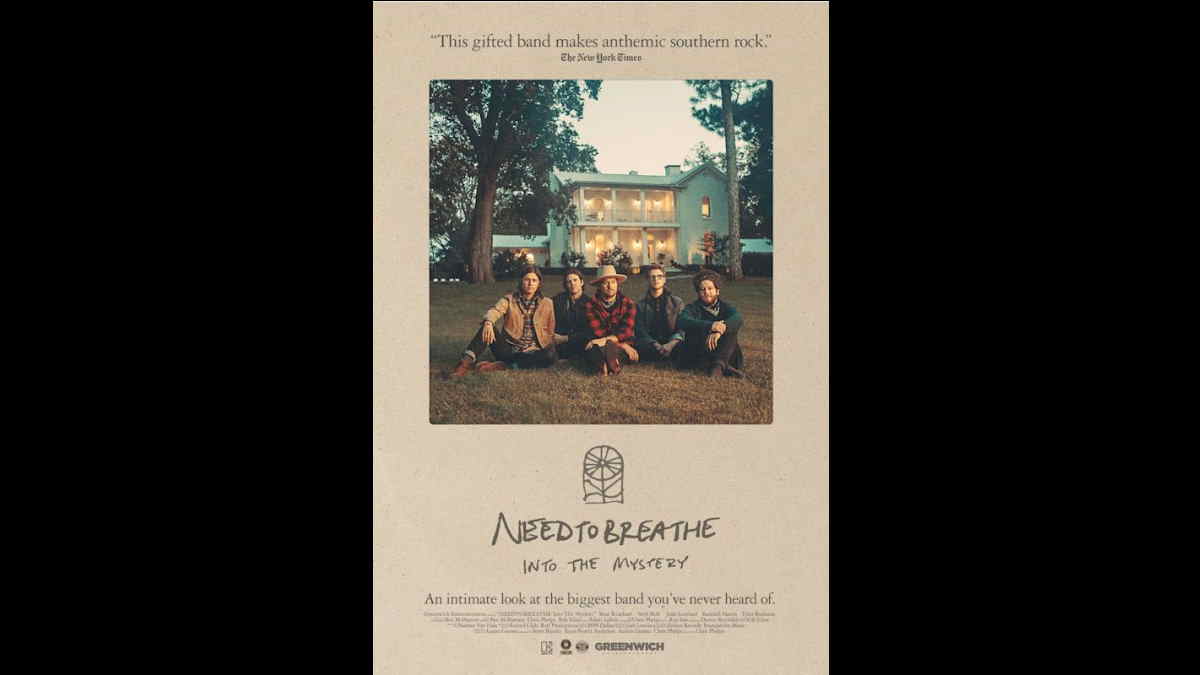 The new documentary, NEEDTOBREATHE: Into the Mystery, will be hitting movie theaters in the U.S. for a special one night only screening event on November 3rd via Fathom Events and Greenwich Entertainment.

The documentary chronicles the group's latest album, while quarantined in a house-turned-recording studio in remote Tennessee in fall of 2020 and the special screening event will also feature behind-the-scenes footage and exclusive acoustic performances, in addition to the film.

Tickets go on sale starting Friday, October 1 and can be purchased online at www.FathomEvents.com or at participating theater box offices. See a list of theaters here.

The band had this to say, "We are thrilled that fans around the country will have the opportunity to see Into The Mystery in theaters. We are grateful to be able to give fans this peek behind the curtain from a truly special moment in time for our band."

"NEEDTOBREATHE fans will delight in the opportunity to be a fly on the wall during the recording process," said Ray Nutt, CEO of Fathom Events. "It's a unique perspective on the creation of a hit record."

Watch the film trailer below: