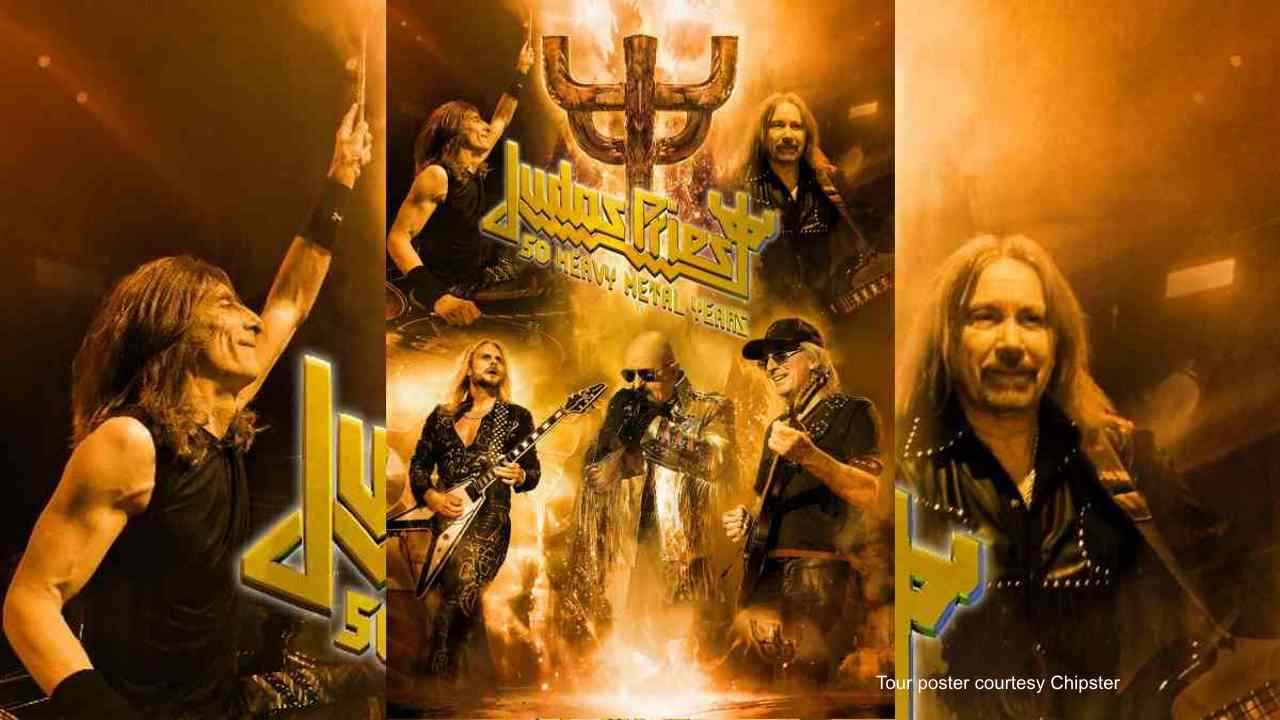 (hennemusic) Judas Priest have postponed the remainder of their current North American tour after guitarist Richie Faulkner was hospitalized with a medical condition.

"It is with deep regret that we have to postpone the rest of our US Tour," says the band, "Richie has major medical heart condition issues which have landed him in hospital where he is being treated - in the meantime we are all sending love to our Falcon to wish him a speedy recovery...

"As soon as we have any updates from his doctors on when we can reschedule the dates we will of course announce them - tickets will be valid."

The news follows Judas Priest's appearance at the Louder Than Life festival in Louisville, KY on September 26, where they were joined by Metallica guitarist Kirk Hammett for a cover of the Fleetwood Mac classic, "The Green Manalishi (With the Two Prong Crown)."

The group's next scheduled date was originally set for Wednesday, September 29 at the Mission Ballroom in Denver, CO, with the fall series planned to wrap up in Hamilton, ON on November 5. Read more here.