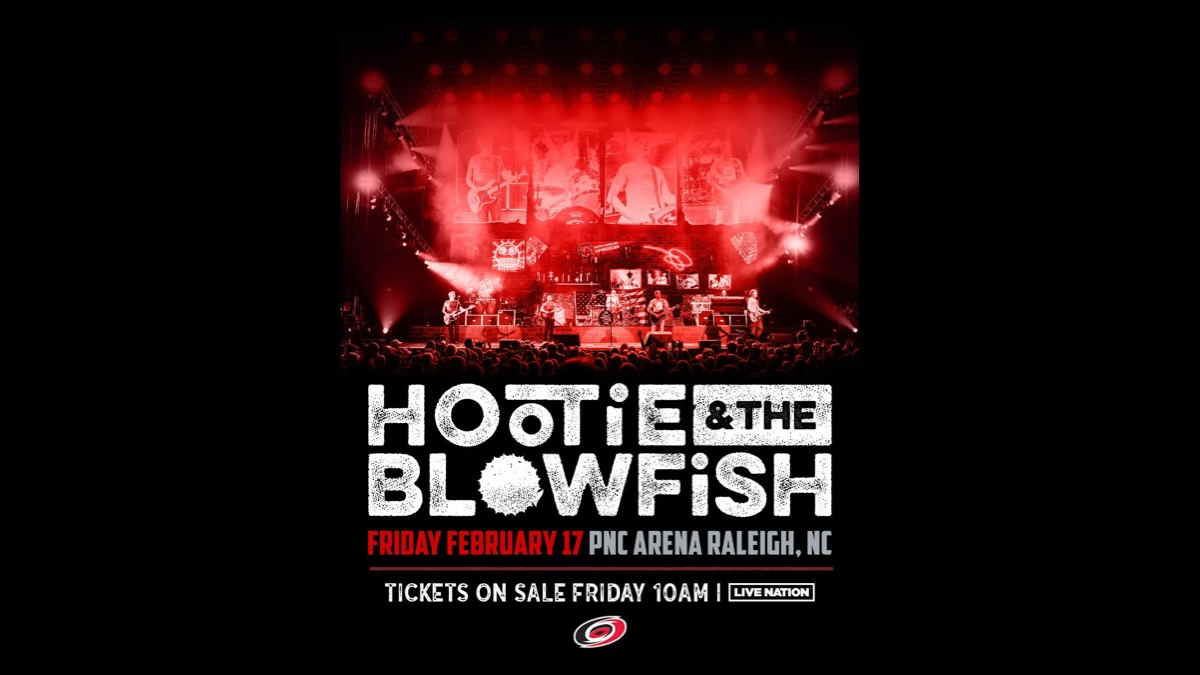 (EBM) Hootie & the Blowfish return to their Carolina roots next year with a one-night-only headlining show at PNC Arena, home of the Carolina Hurricanes.

Set to take place on Friday, Feb. 17, the show serves as a pre-party for fans in advance of the Carolina Hurricanes' Outdoor Game, where they will face off against the Washington Capitals on Saturday, Feb. 18 at Carter-Finley Stadium. Joining the one-night-only concert as direct support is indie rock band SUSTO, who also hail from the Carolinas.

Presales begin tomorrow, Nov. 8, with tickets on-sale to the general public this Friday, Nov. 11, at 10 a.m. ET via LiveNation.com. The Raleigh concert will precede the highly anticipated return of HootieFest: The Big Splash, taking place April 26-29, 2023 on a picturesque stretch of white sand beach at Moon Palace Cancún. The four-day celebration of all things rock will feature three complete sets by the band, including two headlining performances and one special sunset set.

The event will also feature headlining performances by the Goo Goo Dolls and Barenaked Ladies, plus appearances by Collective Soul, Gin Blossoms, Everclear, Edwin McCain, Lit and Cowboy Mouth (two performances), as well as Occasional Milkshake and Voice of Harold, both featuring Mark Bryan of Hootie & the Blowfish. Additional details, including pool party performances and off-site adventures are still to be announced