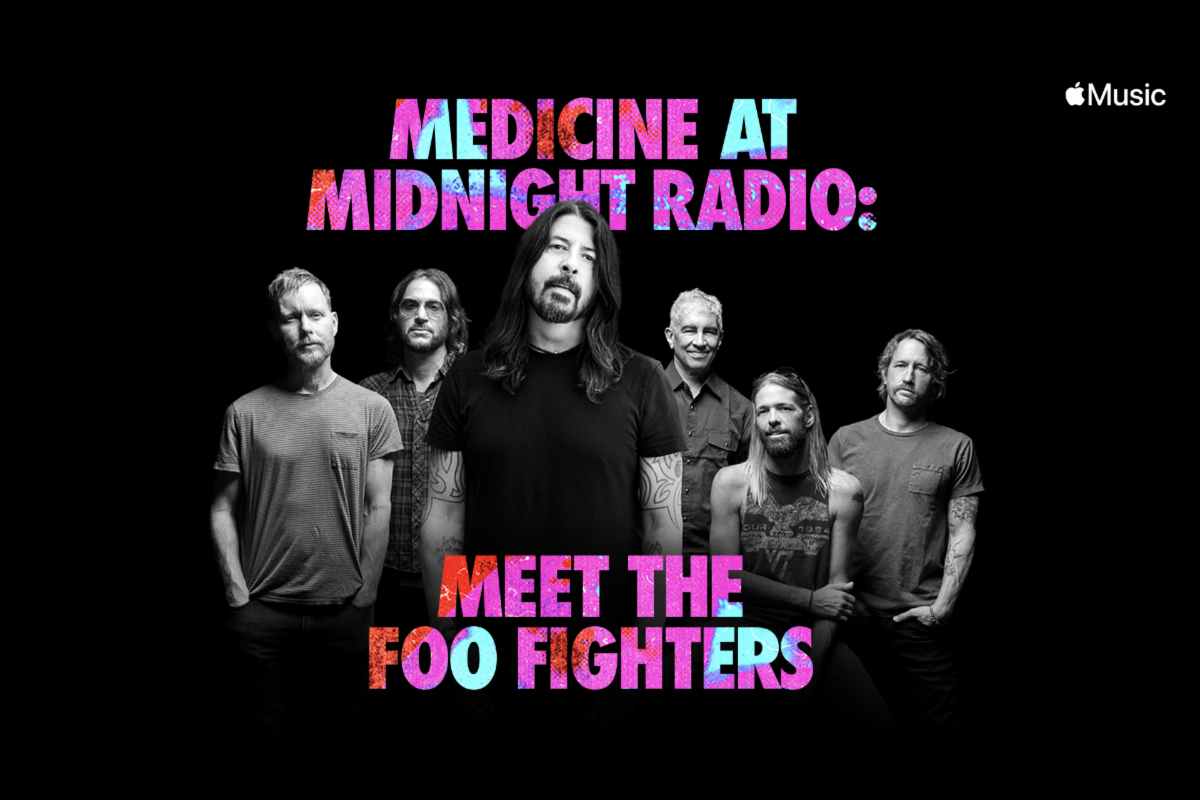 Apple Music have announced that they are helping the Foo Fighters celebrate the release of their new album Medicine At Midnight by launching a new radio series.

The 'Medicine At Midnight Radio' will feature six hour-long episodes each hosted by a separate band member and is set to launched today on Apple Music Hits.

The Foos will each explore their personal inspirations, musical journeys, and reflect on the creative process behind the album, during the episodes and frontman Dave Grohl had this to say:

: "We're going to listen to some music. I'll tell you some stories, play you some new songs, play you some songs that inspired me when I was young... kind of take you from the beginning all the way up to today."

Fans can tune in to Medicine At Midnight Radio every day this week, beginning today (2/8) at 4:00p PST on Apple Music Hits at apple.co/FFRadio and simultaneously on the band's new limited-run SiriusXM channel, Foo Fighters Radio (channel 105). Foo Fighters Radio will also air encores of each show the following morning at 7:00a EST.