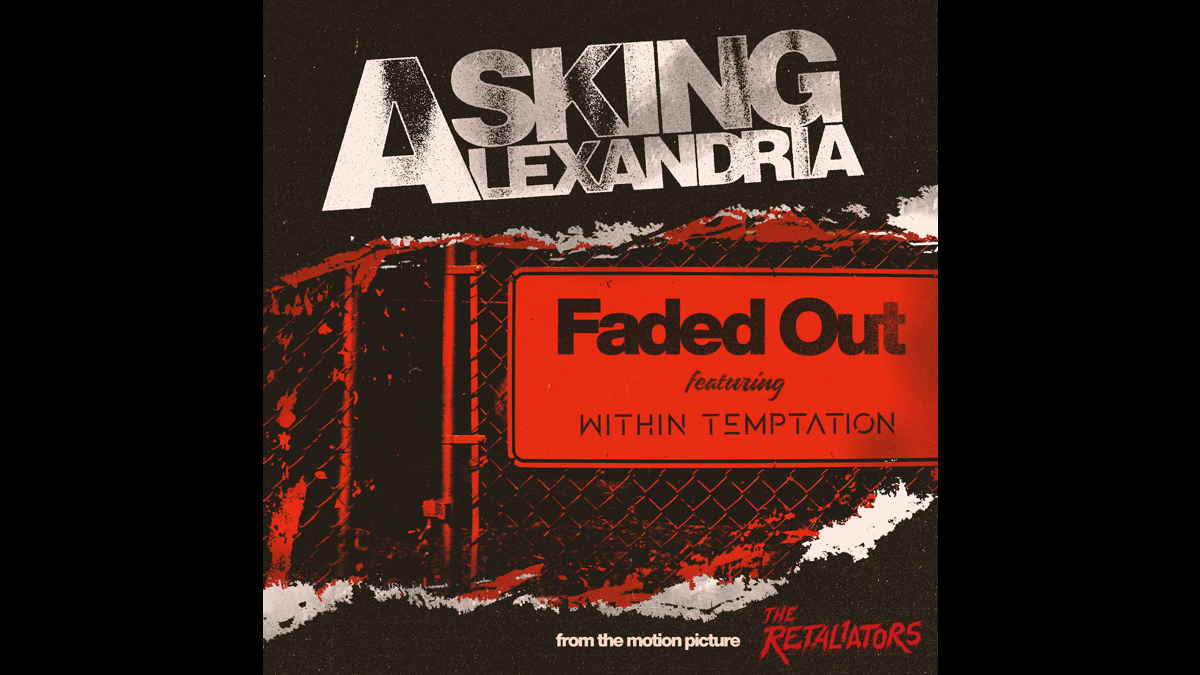 (Better Noise) Asking Alexandria have released a new single a music video called "Faded Out" featuring Sharon den Adel of Within Temptation, which is set to appear on the soundtrack for "The Retaliators". We were sent the following details:

Directed by Michael Lombardi, the official music video is a creative play on the wildly popular Apple TV+ series Severance, interspersed with scenes of Asking Alexandria and Within Temptation performing the song.

Similarly to The Retaliators, the visual follows the journey of a man who's suffered a tremendous loss, as he awakens to a colorless existence and descends into a bloody subhuman universe.

Sharing his excitement about their new single and collaborating with Sharon den Adel of Within Temptation, Ben Bruce said, "Faded Out is just one of those songs with an infectious energy and groove! I remember it coming together in the studio and thinking "I can't wait to play this live." Fast forward a couple of months and I'm being told that Sharon of Within Temptation wants to sing on the song with us, and the level of excitement and nostalgia running through my body was immeasurable! When I was 14 or 15 years old, I waited in line at Virgin Megastore to meet Within Temptation at a signing and I handed Sharon a demo of my band. Adding Sharon's vocals to the song and teaming up with Within Temptation is a huge honor for us and it also brings a whole new dimension to the song. I can't wait for the fans to hear this collaboration and I can't wait for it to be featured in The Retaliators movie!"

Sharon also gave her thoughts on the collaboration, "We've been blasting metalcore playlists through our speakers to gain a bit of fresh inspiration for our side, and Asking Alexandria is amongst the top bands we have been spinning over the past years. Their songs are heavy and melodic at the same time, therefore it was a no-brainer when they asked us to join them on "Faded Out!" We are evenly honored to be a part of this amazing song and we hope everyone will love it as much as we do! Enjoy!"