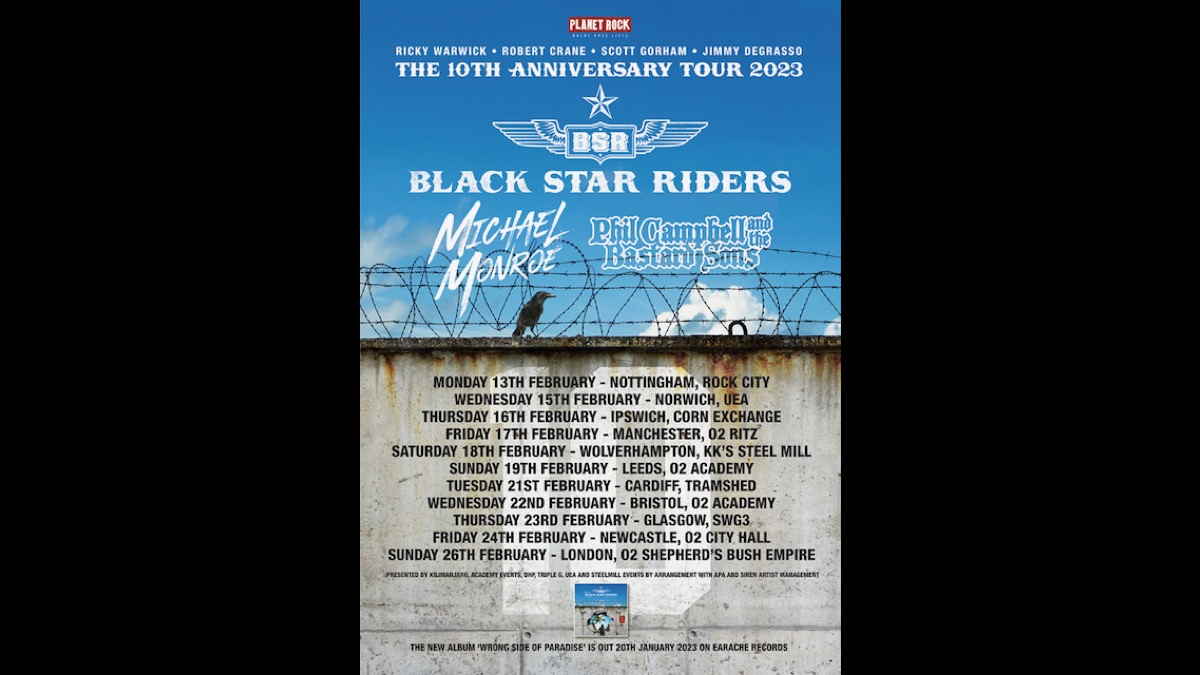 Ricky Warwick had this to say, "I first saw Sam back in 2019 when Wayward Sons were guests to Black Star Riders and I was absolutely blown away! I had Sam join me for some Fighting Hearts dates a few months back and knew he was the guy for us.

"If ever there was a new Guitar Hero waiting in the wings, then it's Sam! Black Star Riders have had some of the world's finest guitar players in their ranks and Sam is truly up there as one of them. We couldn't be happier!"

Wood joins as the band prepares to launch their 10th anniversary tour of the UK next February that will include the return of guitarist Scott Gorham and original drummer Jimmy DeGrasso for the special trek.

Warwick said of the dates, "We are really looking forward to playing with Scott and Jimmy again and this is the only time you will get to see us all together again for this 10th anniversary of the band. After February, Zak St. John will be with us for all future dates.

"The set list will be tracks from the new album Wrong Side Of Paradise to start the show, then we welcome Scott on stage for the 'greatest hits' set to celebrate our 10 years."

The 10th Anniversary UK Tour will be kicking off on February 11th in Belfast with support from Trucker Diablo, the remainder of the dates will feature special guests Michael Monroe and Phil Campbell and the Bastard Sons. See the dates below: