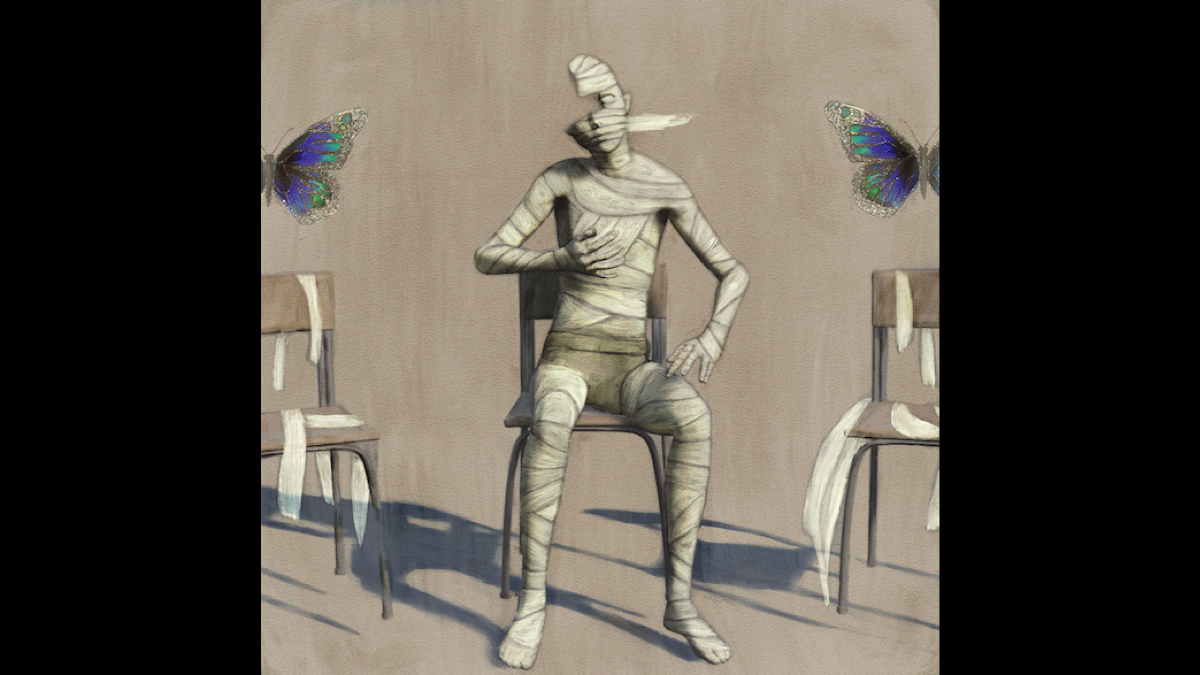 Bring Me The Horizon have released a brand new single called "sTraNgeRs", along with an accompanying video. The song is the latest track from their POST Human series.

Frontman Oli Sykes had this to say, "The song came out of a long writing trip in LA, and as soon as the lyric 'we're just a room full of strangers' came it took on such a deeper double meaning - how it would feel to be performing it live as that's what it is.. all strangers connecting on this mad level.. and that it was like rehab..

"Coming out of lockdown and the pandemic, everyone is recovering from something and I'm so aware that so many people struggle daily with differing traumas, and just wanted to stress that they're not in this alone... and we're a community here to help each other".

According to the announcement, "The band wanted to share these very personal mental health journeys to help and inspire others and asked fans if they would like to anonymously contribute and play a part in this very special process.

"The response was overwhelming and these stories formed the narrative behind the official video and some very unique short form clips, which have been revealed across the band's socials this past week.

"These shorts formed the haunting and cinematic mini film that accompanies 'sTraNgeRs', which gives a surreal glimpse into this very personal world." Watch the video below: