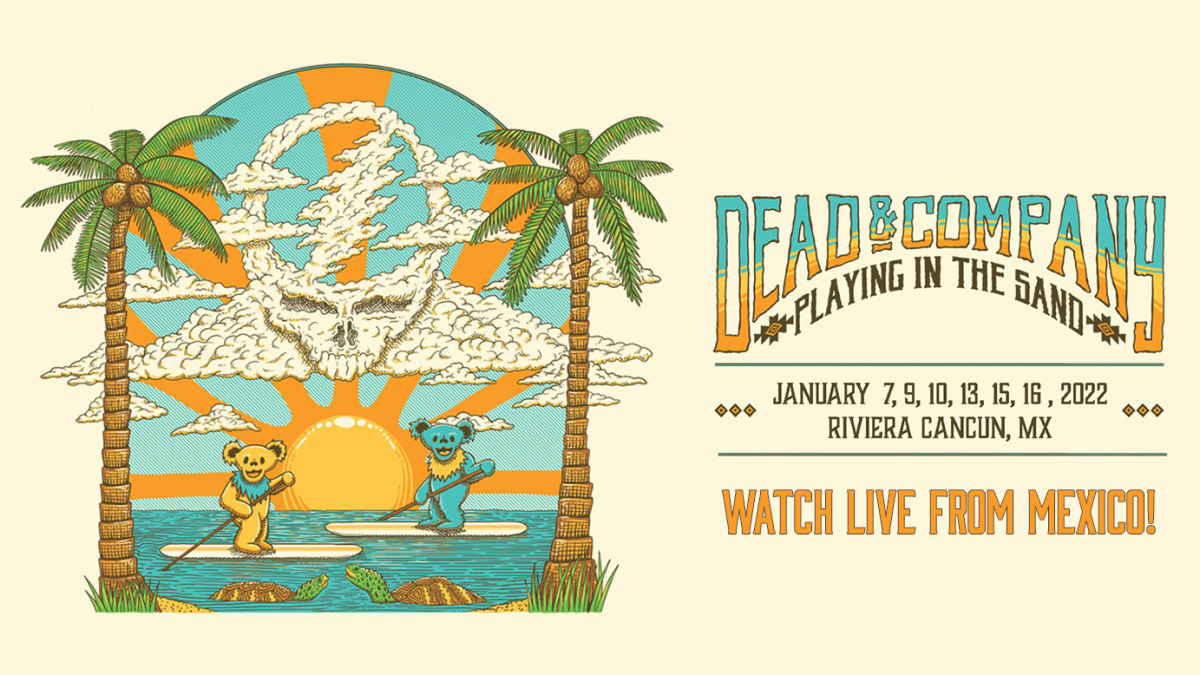 Promo for the livestream of the canceled festival

It looks like Dead & Company fans that planned to be Playing in the Sand in Cancun, Mexico this month will have to make other plans as the band has pulled the plug on the vacation music festival.

The sold-out event was scheduled to take place a Riviera Cancun this weekend, January 7th, 9th, and 10th, as well as 13th, 15th and 16th, but the group has been forced to cancel the festival due to "spiking Covid cases".

Dead & Company broke the bad news to fans in a series of tweets. They wrote, "With much sadness and after great consideration of every possible scenario, the PlayTheSand shows in Riviera Cancun on January 7-10 and January 13-16 have now been canceled by CID_Presents due to the spiking COVID-19 cases.

"Dead & Company and CID_Presents tried everything possible to bring normalcy and to deliver a great experience and amazing music, but with each day it became increasingly clear that canceling is the correct thing to do for the fans and for our crew

"Please refer to the Playing in the Sand email that will be sent shortly with all details about refunds. See you soon, hug your loved ones, stay safe and be kind."