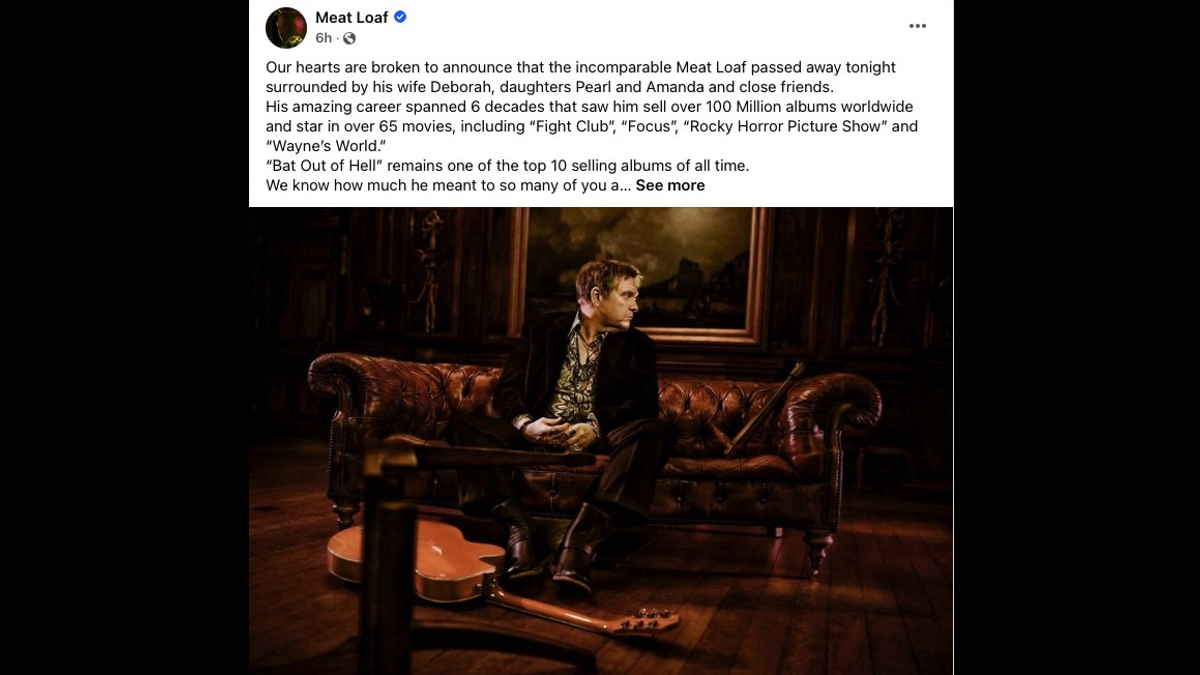 Legendary rock vocalist and actor Meat Loaf, (real name Michael Lee Aday), has died at the age of 74, according to a post on his official Facebook page early Friday morning (January 21).

His team broke the news with the following message, "Our hearts are broken to announce that the incomparable Meat Loaf passed away tonight surrounded by his wife Deborah, daughters Pearl and Amanda and close friends.

"His amazing career spanned 6 decades that saw him sell over 100 Million albums worldwide and star in over 65 movies, including 'Fight Club', 'Focus', 'Rocky Horror Picture Show' and 'Wayne's World.'

"'Bat Out of Hell' remains one of the top 10 selling albums of all time.
We know how much he meant to so many of you and we truly appreciate all of the love and support as we move through this time of grief in losing such an inspiring artist and beautiful man.

"We thank you for your understanding of our need for privacy at this time.
From his heart to your souls...don't ever stop rocking!"