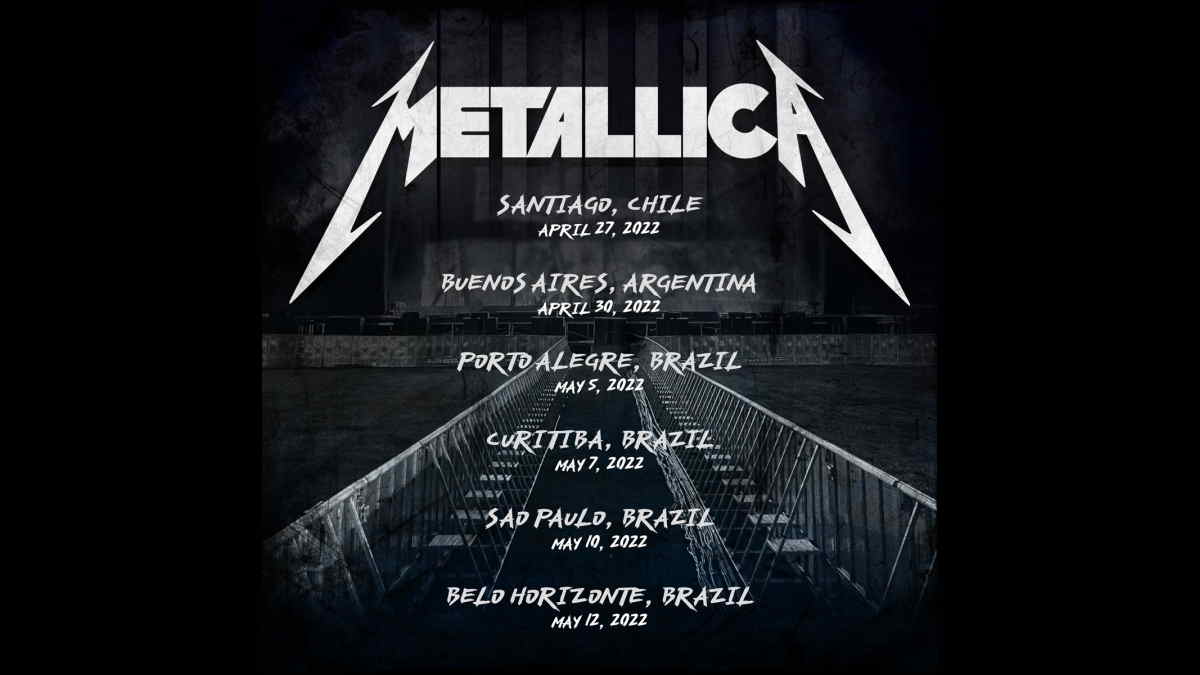 (hennemusic) Metallica rocked their Black Album classic, "Sad But True", during a May 7 show in Curitiba, Brazil, and the band are streaming video from the event.

The tune was the fifth single from the self-titled 1991 record, which delivered the band's commercial breakthrough as Metallica's first record to top the US charts while going on to sell 16 million copies in the country and more than 31 million worldwide.

"Sad But True" follows "Whiskey In The Jar" as the latest video from Curitiba shared by the band from a recently-completed six-show South American tour, which wrapped up in Belo Horizonte on May 12.

Following upcoming appearances at a pair of US festivals - Bottlerock in Napa Valley, CA on May 27 and Boston Calling on May 29 - Metallica will head to Europe to play shows on the summer festival circuit. Watch the new live video here.